A gassy discussion of cheap fuel 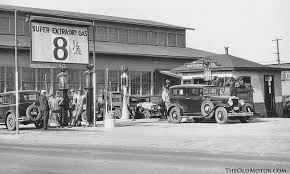 The Middle East today is a bastion of peace and stability!

Whew, I didn’t see that coming.

I didn’t see gas prices being such a non-issue either.

Can you imagine the turmoil if we Americans, as many predicted, were paying $5 a gallon right now?

For many, the cost would be more than $100 for the weekly fill-up.

It would be a big part of our presidential campaigns. Of course, everyone would be blaming Obama, which is patently unfair, because he gets none of the credit that gas prices have been so low for so long.

Do you realize it’s been more than two years since most of you have paid more than $3 a gallon?

The 10-year high was June 2008 when the country was being run by a Texas oilman who during his 2000 campaign promised his knowledge of the industry would help affect oil prices.

On that, he was right on the money.

They went way up.

I don’t recall paying less than $2-a-gallon, but I know it was that low in the Buckeye State.

Still, I’m sure I’d find residing in either of those nations would give me so much else about which to bitch it’d be a bit of a wash so I’m not tempted. My daughters, I’m sure, would hate it even worse.

The website that relates these overseas numbers, statistica.com, said a gallon of gas in Venezuela is just $0.02. Two pennies!

I’m not good at math, but I’m wondering if next time my gauge starts tilting  toward “E” it would be worth it for me to get in my 2007 Saturn Vue and drive the 8,218 round-trip miles to Venezuela just to fill up on cheap gas.

I’m sure there’s a Caracas restaurant or two that serves a chicken tasty enough to bestow some culture on the drive.

I hope I’m alive when something transformational, something revolutionary, finally tanks everything about the way we fill our tanks.

I resent everything about getting gas. Pricing is whimsical and at $2.39 still too expensive. And I despise all the dead time spent standing there pumping gas and being assaulted with crappy music that in these days of cultural desolation constitutes hit songs.

I do it knowing the whole time I’m using the same dirty technology my motorist forefathers began using in the ‘70s.

We can do better. I want something clean and efficient.

Bio-diesel and ethanol are on the rise. That's encouraging

Ideally, I’d like to see someone develop a process that would eliminate one noxious byproduct and turn into neutral energy.

The U.N. reported in 2014 the average cow produces enough methane gas to do the same greenhouse damage as four tons of carbon dioxide.

Harness and reverse that kind of negative disposition and you’ve taken a real step forward. Or hoof, as it were.

Future refinements could be vehicles that run on human farts.

See the tank getting low, you just pull into a Mexican restaurant and gas up.

Business at Taco Bell would be booming — and I mean booming in every sense of the word.

Sure, gas is relatively cheap now, but that doesn’t mean we can’t do better.

The music was better then, too.

A beef on cow flatulence

Not feeling groovy about gas prices