Lying about my height on my driver's license 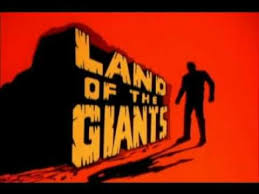 My Pennsylvania driver’s license contains one bold-faced lie, a tall tale as it were.

Why I chose to tell such a petty bureaucratic lie, I do not recall.

Maybe I thought a cop would be less likely to tangle with a 5’10 dude. Or maybe I thought the deception would be useful if I was ever ambitious to commit a crime.

It would have been more artful fib if I tried to convince the DMV I was actually a female. It’s not likely they’d have been eager to interrupt their mundane routines by asking me to pull down my pants and prove it.

Maybe I used to think I was 5’10 because I had high hair. I used to have a nice, thick head of hair, a good two-inch cushion up top.

Now, sadly, it’s becoming sparse. Sensing what’s coming, I’m trying to sneak in as many bald jokes in as I can before I become one.

I got a good nasty one off on a bald buddy a couple of weeks ago. He was telling me how his 8-year-old daughter nearly fell off a swinging bridge in the woods and he reached out and grabbed her arm to save her from a trip to the ER.

“I felt just like Harrison Ford in ‘Indiana Jones,’” he said.

I told him it was more like No-Hair-ison Ford.

My 16-year-old daughter is almost as tall as I am and that feels wholly unnatural. I always told her if she ever got as tall as I, I’d immediately resume growing.

I’ve read the average American male is 5’10, so no matter how hard I try I’m destined to be below average.

I felt acutely short all last night when I spotted taller men contemplating using my bald spot for an ash tray.

It was the “Taste The Good Life” charity fundraiser at DiSalvo’s Station right here in Latrobe. It’s a very swanky affair at Latrobe’s finest restaurant.

I can’t afford it — I’m, er, short on cash — but my friend Tom often invites me when one of his more deserving guests bails.

Tom’s a true patron. He enjoys reading my blog, buys my books (for himself and as gifts), occasionally clicks the blog “donate” button and springs for my ticket at lavish cigar events.

If you think that kind of tangible support makes him my favorite reader, you’re wrong.

My very favorite reader is …

I had a great time, but much of the night felt like the “Land of the Giants,” if only the giants were all puffing fine cigars and sipping high-end liquor.

The men all seemed huge.

I’m noticing a trend that those born after me are becoming taller, which also may be a consequence of me growing shorter. Long-time exposure to gravity and loss of bone mass means after the age of 30 we all begin to shrink. Most men shrink an inch; women, two.

But as our time on earth grows shorter, the people with whom we share it are growing taller. We’re evolving.

I read that during the Civil War, the average American soldier was just 5’6.

Makes me feel like I could have singlehandedly beat the Rebs at Gettysburg.

So we as a people have added four inches in height in just 150 years.

What’ll it mean if the trend accelerates? What if we on average grow another four inches in, say, the next 12 months.

The pessimists will say the growth will lead to — more irony — shortages and global upheaval will lead to our downfall.

The doomsayers fail to acknowledge the obvious.

The human race is finally growing up!

Too bad the only realm it’s happened to me is on my stupid driver’s license.