A month in my mind; October's best tweets 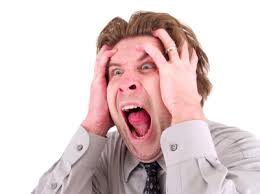 • Ever-present distractions & video substitutes, for the first time in history humans are at risk of engaging in deliberate illiteracy.

• I wonder if parents of boys born above the Arctic Circle ever struggle with the illogic of naming the fair-skinned child Tanner.

• Being "left to their own devices," once a stinging form of social abandonment, is now the preferred human activity.

• I’m one of those Christians who believes in God, but has trouble God could ever believe in me.

• Trump is the only man in America whom if you said, "Roy Cohn would be proud of you," would think it's a compliment.

• I’m eager to find a website that archives audios of man’s greatest speeches, but said in the voice of Elmer Fudd. Yes, I have a dweam.

• I wonder if in the interest of modernity Fairfax, Va., is thinking about becoming Fairtext, Va.

• I wonder if in heaven all the movies are G-rated because that's a potential flaw.

• I know it's going to lead to trouble, but I can't resist putting lit matches under ears of strangers & asking, "Are your ears burning?”

• There ought to be a country song called, "I Married a Country Song" and my wife ought to write it.

• I wonder if fundamentalist climate change deniers see any irony in having sons named Noah.

• If something as adversarially named as opposable thumbs can work hand-in-hand, how come the rest of us can’t?

• Any time anyone tells me I'm good listener I want to say, really, I'm just good at smiling and nodding, but all I do is smile and nod.

• How did ammunition get shorted to ammo instead of ammu? Is a word pronounced "am-MOO" too bovine for tough guys?

• I sometimes ask myself if I drink too much. I usually say no. I do this out loud and using two different voices like I'm on stage.

• A woman decides with in 5 seconds whether or not to have sex with a man? That's a lie. I've been married 20 yrs & my wife's still not sure.

• I so love deadpan humor I can only conclude it killed the livepan kind.

• It’s now been 10 days. So this is the longest Arnold Palmer's gone without signing an autograph in 60 years.

• In the future, early voting will become so popular elections Election Day will be unnecessary.

• Just realized: For the first time in my life, I can probably beat Arnold Palmer at golf - but he'll still have to give strokes.

• Some succeed by digging deep hopes to remove precious metals. If I ever succeed it’ll be ‘cause I’ve dug many shallow holes & planted seeds.

• In the future, "stupid" will be spelled "stoopid" so we can add additional "o's" to illustrate the degree of stoopidity.

• Haven’t had so much as a cold in years. I'd say I was healthy as a horse if I could verify horses suffer from occasional hangovers.

• Just occurred to me: Elvis Presley & Arnold Palmer will be seated near each other if there are homerooms in heaven.

• If house was on fire would you save photo albums or phone? Trick question. Your photo album is your phone and your phone is always there.

• Ideas about how to advance more quickly through lines are queue tips.

• In order to ease passenger nerves, I propose airlines hire only pilots named Landon so it'll sound like: "Your pilot today will be landin’"

• The Rolling Stones today have more greatest hits albums (14) than most bands have great hits.

• Pokey school bus  made me late for "Price is Right" Showdown. Can't help but think this wouldn't have happened if Arnold Palmer hadn't died.

• I’m looking forward to reading serious analytic stories about how 16 qualified men couldn't beat Donald Trump, but one woman could.

• The chances of finding suits in a suitcase are even less than those of anyone ever finding gloves in a glovebox.

• Lovebirds are fine, but it's too narrow a description for many personalities. There ought to be lovedogs, lovelizards, lovemonkeys, etc.

• I figured out why Earth is such a mess: It's bi-polar!

• Those who obsess over audacious bucket lists go beyond the pail.

• The pessimist bemoans all the traitors who've thrown him under the bus. The optimist thinks one day he'll make a really swell bus mechanic.

• What is it about the language that makes "The Steel Curtain" sound so much more fearsome than "The Steel Drapes?”

• People who say revenge is a dish best served cold fail to realize if revenge had a drive-thru traffic would be lined up for miles.

• We hear lots about Jesus as the Son of God. I wonder about Uncle Jesus. Wouldn't it have been cool to say Jesus was your Uncle?

• People convicted of road rage offenses should be sentenced to master and when possible go from here to there via tap dance.

• We live in a time when never before have so many unhappy people had the ability to appear so joyously otherwise. Thank you, Facebook!

Guess the Oct. ’15 tweet that cost me an old friend!

October ’14 tweets of the month

October ’13 tweets of the month

October ’12 tweets of the month