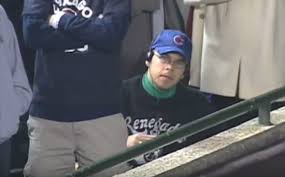 I was 19 years old the first time I went to Chicago. It was the summer Doug and I barnstormed the Midwest with a traveling carnival.

We made good money, had a great time and learned there were at least a few Illinois girls reckless enough about their reputations to be seen kissing carnies.

During an off-day, I toured the historic Chicago Tribune building and saw the office where Mike Royko wrote the columns that made me want to grow up to be just like him.

I drank beer and ate cheeseburgers in the Billy Goat Tavern.

I was back in the Windy City in 1989 on an a story about luxury train travel, having scored a D.C.-to-Chicago ticket on board the American-Oriental Express. I became friends with a guy in the piano car and we went for downtown drinks and dinner before I had to return. It’s a splendid memory.

The last time I was in Chicago was with three buddies. We were on a Wrigley pilgrimage and saw three games at the hallowed ballpark. What fun we had.

I’m friends with many Cubs fans and am often charmed by the friendliness of the people I meet from the Second City.

So why with all that happy history am I rooting for the Cubs to lose in a heartbreaking fashion?

It’s all because of two guys.

Steve Bartman and the jackass

You may know about Bartman. He’s the hapless left field foul line fan who made the common mistake of reaching for a foul ball in Game 6 of the 2003 NLCS. The interference may or may not have caused Cubs leftfielder Moises Alou to miss what would have been the second out of the eighth inning.

Whatever. A Florida Marlins rally ensued and the Marlins went on to win the game and the World Series.

The Cubs fans blamed Bartman, then 26. It was ugly. Fans wanted to kill him. Some still do.

A friend of his said told CNN: “It was something like a biblical ‘Give us Barabbas and crucify the other guy,’ you know. It was mob action fueled by a lot of alcohol, a perfect storm of dysfunctional behavior.”

He still gets death threats.

That would never happen in Pittsburgh!

I contend the fabled curse of the billy goat won’t be the reason the Cubs lose this series in seven games (14 inning Game 7).

I believe it’ll be because of Bartman.

I don’t know his name. I wrote about the incident in this 2008 link, the one I deftly headlined, “I hate the Chicago Cubs.”

I don’t think I’ve ever hated a single person more.

Through the years I’ve built him into evil incarnate.

When I heard years ago ISIL was forming a caliphate with intentions of subjugating the entire Christian world, I thought, “I’ll bet that jackass Cubs fan is behind the whole thing.”

At various times, I’ve endured tech and automotive troubles that have been exacerbated by men who’ve either looked or sounded suspiciously like that jackass Cubs fan.

So, you see, I don’t think the Cubs have a prayer.

But there’s still time. The Cubs could say all is forgiven and invite Bartman to throw out the first pitch at Game 3 Friday night.

Many good Cubs fans realize they put the poor guy through hell with their hatred and death threats. They're eager to make amends.

It’s never helpful to threaten to kill someone like Bartman.

So go on and make things right. Say you forgive Steve Bartman.

Then find and kill that jackass.
Posted by Chris Rodell at 9:26 AM