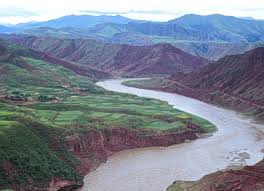 After hours spent scouring topographical maps of China, I can safely declare there is no Wazoo River, no Ying Yang River nor any associated Wazoo or Ying Yang gulf, bay or estuary.

So if you want to cruise up the Ying Yang or out the ol’ Wazoo you’re up Shitt’s Creek, which, by the way, is the name of a satirical Canadian TV show starring Eugene Levy.

I can’t explain why I always feel the Wazoo and the Ying Yang are rivers of Chinese origin. They sound Chinese to me. Either way, the usage seems to be on the rise.

The Wazoo seems the more commercial of the two.

I’m forever hearing of men and women who are experiencing an abundance of elements coming either out or up the wazoo. The items are usually work related.

This guy has paperwork out the wazoo. She has assignments up the wazoo.

So many coming and goings, I’m surprised our wazoos don’t need traffic lights.

Wazoo is an especially jolly word. There are Wazoo candy bars and Tampa each year has a Wazoo Beer Fest.

So the wazoo must be tasteful, yes?

A Seabrook, Texas, company calls itself Wazoo Survival Gear and says it specializes in “creating comfortable, everyday accessories that prepare people for the worst so they don't have to give it a second thought.”

Give MacGyver a belt like that and each episode would resolve in about 8 minutes.

Me, if I’m ever in a situation where the only thing between me and my demise is my ability to strike a 5,000-degree spark, I figure it’ll already be too late.

Kissing my ying yang is another matter. I’m not even sure how to get my hands on one.

I’m weekly assaulted with confusing ying yang references when I watch the opening of ESPN’s “College Game Day” each Saturday.

The otherwise entertaining show kicks off at 9 a.m. with what is one of the most appalling pieces of music I’ve ever heard. Designed to appeal to every bone-headed demographic, the song features rap, a fiddler, screech rock and bro country.

Do I even have a ying-yang? I didn’t see one in the shower.

My garage is a mess. Maybe it’s in there.

And how would my mood improve if someone shoved a little thang up it?

I’m not disposed to find out.

Urban Dictionary offers several definitions, but it says the phrase “up the ying yang” means to be overwhelmed.

Clearly, it’s a corruption of the harmonious “yin yang,” the Chinese symbol for how seemingly contrary elements can work as one.

All the directional usages implications — up, down, in, out — of the wazoo and ying yang reminds me of a naive friend of mine who while in Harrisburg years ago was propositioned by a prostitute who wanted to know if he’d ever done “The Hershey Highway.”

“I told her I was from Philly and the Schuykill Expressway was the most direct route if you could avoid the rush hour. I went to my car to get a map, but when I came back she was gone.”

Of course, that was back before everyone had GPS out the ol’ wazoo.

Happy 50th Birthday to these words (including 2 whopper profanities)

I got arthritis up the wazoo, my lumbago's up the yin yang, I feel like I'm a few roos short of a top paddock and basically I'm up the creek without a paddle.

Woe is YOU, my friend. Persevere! And thanks for reading!