Was firing Wendy Bell too PC? When canning an anchor over racial writings isn't black and white 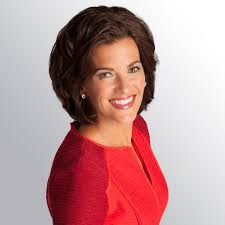 Given the hysterical reaction to the firing of a popular Pittsburgh news personality, I’m sensing I can further my career by writing a blog focused solely on the comings and goings of the shiny breed.

I’m sure my readership would surge if I devoted weeks to the now infamous saga of Wendy Bell, a WTAE-TV anchor/anthropologist for the past 18 years.

To be more precise, she was an anchor for the duration, an anthropologist for just one day.

That day cost her dearly.

She unwittingly parodied herself on her Facebook page last week when she dove into always turbulent racial waters following the appalling massacre of five adults and an unborn child. You can read her full text here.

I advise you to try and read it so that instead of it being composed by a perky woman known for saying things like, “Now, let’s go to Ashley for the forecast …” it is read by God voiced by Morgan Freeman.

And to further extend the innate surreality, try and imagine Freeman as a Caucasian female.

Her heart is broken. She is bereft. She is feeling like Bob Dylan felt when he wrote, “The confusion I’m feelin’ ain’t no tongue can tell!”

Yet, she finds hope!

She sees a small black child wiping tables at a Pittsburgh restaurant. He’s cheerfully doing his duties “with rhythm and a step that gushed positivity.”

All this could have been avoided if she’d have just written that Sammy Davis Jr. is alive and well and washing dishes at the Cheesecake Factory.

But the damage was done.

Sensitive critics pounced, said it was white privilege at its worst.

One observer, Damon Young, went further. He declared her post was so over-the-top it was a veritable “white privilege turducken.”

Because the climate has me fearful of racial insensitivity accusations, I will not assume Young is black. I’ll just report he posts at www.verysmartbrothas.com, has written for Ebony and has a profile picture that makes him appear black, but the picture could have been filtered.

Either way, Bell was canned and our community is in turmoil.

Her supporters are very upset. They say she was just telling the truth. They say her First Amendment rights have been violated.

The confusion I’m feelin’ ain’t no tongue can tell.

Even otherwise simple-minded married men understand this. It’s why they thoughtfully pause when their wives ask if the pants make her butt look big.

Many people who rail against tyrannical political correctness are basically asking for a pass to be outright rude.

They fail to realize honesty without tact is like brain surgery without anesthesia.

The operation could succeed, but the complications could kill.

Bell isn’t being fired for honest insights about race.

She’s being fired for playing God.

And that’s even more unfair because that’s exactly what some WTAE executive years ago advised her to do with her FaceBook account.

They told her to emote. To share. To engage. To bare her ever-lovin’ soul.

What self-respecting TV exec would want a news reader when he or she could have a cult leader?

People in positions of prominence are idiots if they think they can glibly bridge centuries-old racial divides with hallelujah Facebook homilies.

Do not sweepingly judge a people of color until you’ve walked a mile in their $149 Michael Jordan Horizon shoes or whatever footwear all you black people are today liking.

Really, today in America it’s all pretty black and white.

‘cept when it isn’t.

And that’s when things can get pretty ugly.

Donald Sterling and the Bonfire of the NBA Vanities


I have no black friends

Am angry with you. Was just getting ready to post a similar blog--with a slightly more negative tone toward Ms. Bell--when I found your well-written and (as always) provocative piece. Three hours of creative juice flowing for nothing. I now know how Bluto felt after such arduous effort (his was seven years), "I'll probably have to join the Peace Corp or something."

I hate it when that happens! So glad you liked it, John, and thanks for the compliments. I found that even writing about someone writing about race can open you up to accusations of racism. I'm getting blasted by a segment of readers over at dailykos.com who don't see the satire. It happens.