Have you noticed our flags are having erections? 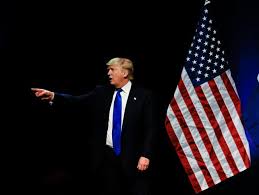 A friend of mine asked if I’d noticed how often our flags have been flying at half staff.

Yes, of course, I have. All I do is notice. While you’re out there earning a living (and goofing off reading this) I’m out in the world noticing everything.

In fact, the only thing I haven’t noticed is if there’s a way to convert all this noticing into actual income.

So, yes, I noticed all the flags at half staff.

It was done in just the past two weeks in honor of Nancy Reagan and to show solidarity with the victims of Islamic terror in Belgium.

It’s happening frequently enough I decided to check out the helpful website of the National Flag Foundation, headquartered right here in Pittsburgh, by the way. It acknowledges the well-intentioned confusion over the decision to fly this powerful symbol at half staff.

It’s a presidential discretion, which puts the idea of President Trump in a whole new light.

For instance, I could see him pointedly ignoring acknowledging the death of President Carter, but nationally honoring the passing of professional wrestling impresario Vince McMahon.

But it’s intended to honor the passing of prominent statesmen and women.

I made that up.

In fact, the breach of flag etiquette example the foundation cites was when Mayor Murphy ordered the flags flown at half staff for victims of a plane crash.

As it’s a national flag, I don’t believe it should ever be flown at half staff for any local loss, although an exception could be made if local rocker Donnie Iris ever passes.

I do think it’s out of hand. It should not have been done for neither Mrs. Reagan nor the war crime in Brussels.

It’s just too gray an area.

Like what if only nine Belgians had been killed? Would that still rate?

And again with the endlessly fascinating Trump scenario, would all three of his wives merit the honor? Would we one day have to explain to our children that the flags are at half staff because Marla Maples, star of the 1986 action flick “Maximum Overdrive,” had died?

Of course, as I don’t want to stand in the way of layering even more meaningless symbolism for the partisan news channels to bicker over, I have a solution.

Do away with the current custom and turn the flag pole into something akin to a national thermometer; move the flag up or down based on our collective national mood.

This means instead of just two flag positions, there’d be 10.

Another gulf oil spill and the chief executive could order flags flown at position 3.

News that Mike Myers had signed on to make “Shrek V” and the flags could zoom up to 9.

Any Olympic gold medal would warrant a full 10.

And while we’re on the flag — and that’s a real no-no according to the flag foundation — I’ve noticed something else.

Our political flags are having unseemly erections.

Have you noticed? At every political event — it’s a bi-partisan phenomenon — the on-stage flags are being folded in a way apparently intended to maximize their visibility.

They’re either making flags stiff enough to fold like pizza box cardboard or else there’s some prop hidden beneath the material like hoop skirts belles wear in Civil War-era flicks.

I guess in this campaign involving so much talk of candidate genitalia political stage managers declared the flag should never appear limp.

So now nearly every staged flag is folded so it appears like beneath it the supporting pole is sporting wood.

I guess the next step is to have huge fans blowing from so they flutter like they’re leading a stirring cavalry charge up San Juan Hill, which could add a potential menace to the coifs of every candidate hairstyle but one.

My flag suffers no such erectile dysfunction. I have it suspended by two nails to display its full glory right here in my office. I can’t help but see it whenever I look up from my laptop.

I one day intend to selfie with it as a backdrop in the hopes I’ll appear like George C. Scott in the opening of “Patton.”

There’s a good story behind its purchase.

I called a local flag store on a busy day to ask if they were open.

I had. It was why I wanted to buy a flag.

She must have thought I wanted to buy a cutesy garden flag with butterflies or something.

It was September 11, 2001, and I wanted to buy an American flag. I found one at a local hardware store. I cherish it and all it represents.

See, I’m one of those Americans whose patriotism in good times and bad will never flag.

In case you haven’t noticed.

I have the hots for the angry traffic flag girl

Stickin’ it to flag pin patriots