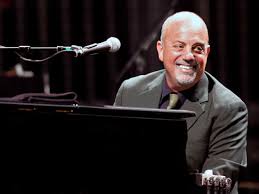 This is going to come as a shock to a lot of people, but I’m urging all my readers to throw their support behind a brash, thrice-married New Yorker whom the elites are trying to yank from the airwaves.
I’m talking, of course, about Billy Joel.
His exclusive Sirius XM Channel is scheduled to leave satellite radio in less than 48 hours.
America needs Billy Joel.
In just two months his channel has become one of my go-tos.
This is odd even to me because I usually mine satellite radio for obscure genres I can’t listen to at home. And I’ve had since within days of their release nearly every Billy Joel album ever produced.
I’m talking official albums, excluding greatest hits or redundant live releases (I only have one “live” Joel and it is the exquisite “Songs from the Attic” from 1981).
Compared to other artists, that ain’t much.
For a guy who’s been around such a long-time his output is embarrassingly skimpy.
Coming from me, the insult must really sting.
But Billy’s been on creative hiatus since 1993. Interestingly — and with Joel it’s always interesting — he titled his last song on his last album “Famous Last Words.”
Comparing him with other exclusive channel artists, his career output is a commercial jingle.
Springsteen studio releases — and I’m talking the ones I own — number 350. But his outtakes, B-sides and live versions probably push the number up to around 1,000. Plus, The E Street Radio channel has two live concerts each day, many of which are worth the price of my satellite radio subscription itself.
They gave Tom Petty his own channel last fall and it’s a winner. Close to Springsteen in output, he’s at 357 songs. I’m including Mudcrutch, Traveling Wilbury’s and some stuff he’s done with Bob Dylan.
The Jimmy Buffet channel doesn’t count because it’s augmented with many other artists because, I guess, even Jimmy gets sick of too much Jimmy.
Then there’s Elvis.
Ah, Elvis.
He’s released roughly 770 songs (Dylan, who’s been recording for three decades longer has yet to reach by my count 500 total songs).
You can argue some artists do or do not deserve their own channels.
I’ll argue Elvis ought to have three channels.
That brings us back to Billy. His song total?
A measly 115.
This is bound to sound pretentious, but I’m confident that if sufficiently motivated I could learn to play the piano and write 115 songs before July the Fourth.
So I wasn’t optimistic when I heard they were devoting a channel to Billy. I figured it would fatigue quickly.
Then I turned it on.
Now, I’m having trouble turning it off.
It’s that good.
His songs never miss. You could listen to them over and over.
Then the station got better.
Slowly, gradually, they began to introduce more Billy.
Understand, unlike other top artists it’s pretty much just him.
Springsteen devotees can name every member of the E Street Band and they’re contributions are detailed on their channels. Hell, bass player Garry Tallent’s solo album is now in heavy rotation.
Few can name a single other musician with whom Billy’s shared the stage. He’s always backed by great musicians, but they change and remain unheralded.
So it’s just Billy.
But that’s what’s making the Bill Joel channel such a treat. Because at some point they began playing snippets of Billy talking about the songs and playing them as intros.
These are not interviews. Apparently, he’s in a room with a piano and someone mentions a song title, which you don’t hear.
All you hear is Billy being Billy.
Sometimes he’ll talk. Sometimes he’ll sing. Sometimes he’ll play the piano. Sometimes he won’t.
His articulation, at once both self-deprecating and braggadocios, is breathtaking.
He says “Goodnight Saigon” was inspired by The Beatles “A Day in the Life.”
He wrote “Big Shot” with a raging hangover.
It pisses him off when people suggest “Always a Woman” is misogynistic.
He wrote the lyrics to “Honesty” in a hurry because as the song was being written his drummer kept singing “Sodomy” instead and he was afraid that would get stuck in his head.
The evocatively enigmatic “And So It Goes” was written when he was in his 30s and in love with 19-year-old Australian supermodel Elle MacPherson.
“Uptown Girl” was written with both MacPherson and eventual wife Christie Brinkley in mind. It was sung with Frankie Valley and “Rag Doll” in mind and that’s why he uses the falsetto because “he wanted to sound like somebody really had me by the short hairs, you know, just like Frankie.”
He’ll never write a Christmas album because “it is the last refuge of the creatively bankrupt.”
It’s uproarious, poignant and without fail compelling. It’s the kind of radio that has me sitting still in the car long after I’ve arrived at my destination.
What I enjoy most is listening to one of the world’s most successful artists talk with unabashed exuberance about his elemental love for the sibling crafts of songwriting and musicianship.
Forever linked to some of the world’s most beautiful women, the Piano Man at heart will always be a piano man.
America doesn’t need to made great again.
We’ll all be fine if Sirius XM just makes the Billy Joel channel permanent.

Related . . .
Jersey Shore is back! Is Billy Joel, too?
What ruined Billy Joel
Elton vs. Billy Joel & writing too much
Petty wants me to buy vinyl & who’s better: him or Springsteen?
Listening to classic rock with my senile mom
Teaching 9th graders who’s better: Stones or Beatles?