Cuba: Whatever happened to Elian Gonzalez? 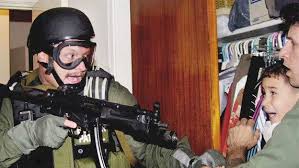 Many experts are wondering if US overtures toward Cuba will result in greater trade. I’m wondering if Elian Gonzalez attend the Rolling Stones show in Havana on Friday.

And, oh, yeah, did he ever become the Messiah?

I’m disappointed in how little news there’s been about the now 22-year-old Gonzalez. He was in 1999 the focus of a fierce international custody battle.

As with so many stories from Cuba, it began with tragedy.

Gonzalez, then 6, was spirited away in the middle of the night by his mother and her boyfriend in an attempt to flee Castro’s repressive tyranny. Along with 10 liberty-seeking others, a storm swamped their rickety aluminum boat and all but Elian and two non-relative adults perished.

The survivors were rescued by fisherman Donato Dalrymple who said he saw the boy being kept afloat by a trio of kindly dolphins — and he wasn’t talking about Dan Marino and his Dolphin teammates.

It was exactly the kind of detail that fired my imagination.

I remember wanting to know if that kind of behavior was common among dolphin.

I have vague memories of the show “Flipper,” where a companionable bottlenose dolphin did episodic good deeds, fought bad guys, and acted sort of like an aquatic Lassie.

Of course, other people used the anecdote to ascribe messianic qualities to the child.

Folk art began showing up all around Miami depicting little Elian riding to glory on the the backs of dolphins, ala Jesus on the backs of donkeys. I remember thinking, well, if he isn’t the Second Coming he’s at least a shoe-in for a marquee role at SeaWorld.

It was implied dolphins would only save someone destined for holiness. Certainly, any reasonable dolphin would beat the shit out of Fidel Castro.

The courts said the boy should be returned to his Cuban father.

But relatives in Little Havana were adamant: The boy would be raised with them.

Along with a cadre of protective neighbors, they combined to blockade the street and keep authorities from exercising court-ordered authority to seize Elian. They refused admission to all outsiders.

Media were courted with free lemonade, bake sales and offers to use toilet facilities in exchange for flattering coverage.

It was the biggest story since the O.J. Simpson trial.

It made news round-the-clock. I remember watching CNN when they announced the breaking news that Elian was on the move.

He wasn’t going back to Cuba.

He was going to DisneyWorld!

It all ended in the wee hours of  — appropriately enough — Good Friday 2000 when Janet Reno in the role of Pontius Pilot ordered an armed raid on the compound.

Above is the famous picture of the frightened fisherman Dalrymple turning over Elian.

Where’s a protective dolphin when you need one?

What he was doing in the home that night I don’t recall. I think he’d fallen in love with Marisleysis.

Many pundits say VP Al Gore’s pandering on the issue cost him the Cuban-American vote seven months later, another factor that led to his world-changing defeat in Florida to the Bush boys.

What’s happened to these people?

Well, I did a little looking.

The street remains a shrine to Elian and his late mother, Elizabeth Bartons Rodriguez. People still stop by all the time at the free museum.

The fisherman has 111 Facebook friends and his page features a picture of him holding a lovely little girl. He looks very happy. Also featured is a stand alone picture of what I think may be a $250,000 Ferrari F3GT.

It doesn’t say if it’s his or not, but it seems out of his price range.

The beguiling Marisleysis is today a married divorcee raising two children and running a Miami hair salon. Her tumbler page includes the quote: “yeah ya’ll I’m Mary Gonzalez dont even think about asking me about my family in Cuba!”

As for Elian, one recent report says he’s studying industrial engineering, is engaged to his high school sweetheart and is hoping to one day return to the states to “show his love for the American people.”

I for one will welcome it.

It’d be great to see him enjoy the liberty only American can provide.

He could speak freely, go where he wishes and maybe even enjoy an NFL game.

Something tells me the kid’s probably a big fan of the Dolphins.

O.J., me & the National Enquirer