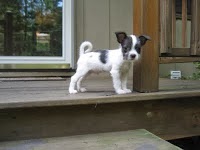 Regular readers know it is my custom to save all my sneezes up for Sunday worship where I believe the Almighty is more likely to act whenever he hears someone say, “God bless you!”

So I was surprised when I awoke in the middle of the night to hear my wife say, “God bless you!”

Then I heard what sounded like a single kernel of corn faintly exploding into the foil of the Jiffy Pop.

The stupid dog was sneezing. It was 4 a.m.

“All Dogs Go To Heaven” is the name of a still-popular 1989 animated movie.

I find the title premise too broad.

Truly, one of my ideas of heaven is being in the house when Snickers, our little yip dog, is not there.

It’s quiet. My heart bpm is normal. I have no fear Snickers will unsuspectingly pounce upon my lap, pirouette until all 12.6 pounds of him are squarely on my testicles and then spring off at the sound of a single leaf hitting the ground outside.

When he’s not there, I don’t have to worry about taking him out in a driving rain and watching as he stops to “mark his territory” on a half-dozen trees with a thimble-sized splash of urine so other creatures know he’s the neighborhood hombre.

I know many people who love dogs more than they love people.

People like Adolph Hitler. His love for dogs was legendary.

His love for people, not so much.

He really loved, Blondi, a robust German Shepherd. What? You thought he had a French poodle?

Historians note everyone loved Blondi; everyone but Hitler mistress Eva Braun, who was said to kick the dog when it was under the dinner table.

You have to wonder what Braun saw in Hitler, and what Hitler would have done had Blondi been able to through canine pantomime convey to him Braun’s under-the-table treacheries.

There’s no book about the worst dogs in history, but you have to believe throughout history there had to be some true hell hounds.

Russian satirist Mikhail Bulgakov (1891-1940) authored a famous book called, “The Master & Margarita,” which if I know anything about Russian satirists — I do not — has nothing to do with tequila. But he speculates that Pontious Pilate had a dog named Banga.

It is said the dog loved Pilare, despite him having orchestrated the death of the Messiah. To the dog, Pilate is greater than Jesus.

The anecdote helps explain the Aldous Huxley quote, “To his dog, every man is Napoleon; hence, the constant popularity of dogs.”

The most evil dogs ever depicted on film were the Rottweilers in “The Omen,” still one of the most terrifying movies ever made. In fact, during filming the dogs viciously mauled their trainers without provocation.

Maybe the dogs were method actors.

I don’t think Snickers is evil or that he ought to be banished to the Lake of Fire.

What’s surprising to me is how much better we’re getting along, especially when we’re alone.

But when we’re alone and he jumps up on my lap he’ll actually settle in for a good long cuddle, long enough I forget all about the wisdom of wearing a NuttyBuddy protective cup when I’m sitting in the living room watching TV.

It may not seem like much, but it’s nothing to sneeze at.