March Tweets of the Month: Guess my favorite! 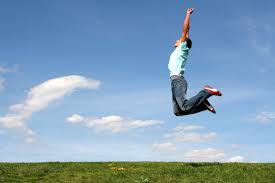 When I’ve gone a day or two without any tweets at 8days2Amish, I’ll sometimes dip into the archive of nearly 6,000 tweets to bring back a golden oldie. But I’m surprised how fresh the twitter feed remains. Of the following 46, 30 are brand new — and all are all me. I’m proud of that.

See if you can guess my favorite!

• If they gave the death sentence for killing time could you live forever?

• Podiatrists with empty appointment calendars are light on their feet.

• How much less crowded with the afterlife be if instead of a stairway to heaven, the worthy are forced to ascend a ladder?

• It would have been fun to see look on Mark’s face if Scott returned to earth with a full head of hair. #yearinspace

• A clear, sharp mind is a brute impediment to enjoying so much of life's wonder and whimsy.

• You know you're no longer middle aged when you realize the pile of diapers you'll change is smaller than the ones you'll wear.

• Sometimes -- and it doesn't happen often -- i forget the greatness of Tom Petty. Then I listen to Tom Petty.

• One of the most cherished military maxims about always fighting the last war is dead wrong. There'll never be a "last" war.

• Which will soar higher on National No One Looks in Mirror Day: our productivity or collegial revulsion at seeing our natural looks?

• In lieu of campaign violence, I propose we rename candidate Donald Thump.

• All this talk of restoring American greatness has me wishing for some old-fashioned goodness, for goodness sake. #FredRogers

• Any expectant Moms out there willing to lend me their ultrasound pix? This is the week I'm taking TBT to the limit.

• It infuriates me when I realize I'm 53 and my idea of a really great day is one that involves me finding a quarter.

• It had a handsome leading man, an earnest sidekick and international intrigue. But Ohio Five-O never caught on. Oh, and it had corn.

• People say "not a snowball’s chance in hell,” like they know Hell’s forecast. Listen: In my hell there will be tons of snow.

• Side effects that involve 4-hour erections should be called front effects. #Viagra

• If marriage is so great then how come there isn't a Mrs. God?

• Fans get into arguments over who's better: Paul McCartney or John Lennon. Does this happen with George Michael and Andrew Ridgeley?

• RIP #GarryShandling. I guess this means Hank's gonna have to host.

• Sure, George Washington was an inspirational leader and visionary for revolutionary liberty but I'll bet he can't drive like I can.

• If it weren't so darned inconvenient I'd suggest we flip Florida so from space it would look like USA was giving the universe thumb's up.

• Please help me resolve this 4-decade old conflict: Is it mum, bird, or is Grease the word?

• Do police ever charge The Energizer Bunny with battery?

• Question for legal scholars: Is it constitutionally possible for a sitting president to appoint himself to a Supreme Court vacancy? Maybe even to two or three vacancies? #Trump

My favorite? I like the one about how finding a quarter means I’ve had a really great day. It perfectly captures how I can remain persistently cheerful amidst financial conditions that ought to leave me downtrodden.The picture up top is the one I used to illustrate the tweet & my reaction to finding some silver.

Tweets of the Month, March ’13

Tweets of the Month, March ’14