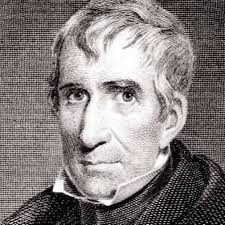 I knew Donald Trump ran beauty pageants. What I didn’t know was he also judged them and that we were all unwitting contestants.
With each day, I become more and more convinced if a reporter asks him to name the women he most admires in history, he’ll respond, “Miss Norway, Miss Brazil, Miss Maldives . . .”
The guy makes Hugh Hefner appear courtly.
But we have to take him seriously.
Seriously.
So if Carly Fiorina’s mug appears on screen and Trump exclaims, “Look at that face!” I feel compelled to obey.
I looked at her face.
I didn’t recoil. I didn’t shoot the TV. I didn’t shove pointy silverware in my eye sockets.
It’s just a face. It’s not unpleasant. It’s, to me, a perfectly neutral face.
Understand, when she appears on TV I’m not scouting for prom dates.
I absorb political news less with my eyes and more with my ears. Unlike Trump, I generally don’t care how my presidential candidates look.
But let’s say for a moment I did.
Which candidate is the most appealing?
I guess Marco Rubio has the nicest face. He’s youthful, has good hair and seems to have spent a fortune getting his teeth to shine.
The ugliest?
I don’t know. Maybe Bernie Sanders? But his rumpled charm is part of his appeal. His look suggests a man too damn busy trying to save the country to comb his hair, brush his teeth and, I guess, slide some Old Spice beneath his arms.
Ugly old men have run the country for a long time, and they’ve mostly done a pretty good job.
I guess most people would say John F. Kennedy was our most handsome president and we know he got laid a lot.
In the interest of promoting non-partisanship, I’d have to say Ronald Reagan was probably the most handsome Republican president. He was very dashing and charismatic.
It’s my understanding George Washington had tremendous sex appeal, which is a pity because I have trouble believing anyone had sex back prior to 1964.
Who would be on Mt. Rushmore if the men on Mt. Rushmore were chosen based purely on their beastliness?
Certainly, there’d have to be a place for that sweaty sourpuss, Richard M. Nixon. The only time he smiled it looked like the smile of a man who’d just enjoyed evicting an old widow.
Rutherford B. Hayes, in office from 1877-1881, was very ugly. Pictures of him make it look like he has Bernie Sanders hair. The problem is all of it looks like it’s bursting out his mouth.
His beard is repulsive. He might do well today because repulsive beards are all the rage.
William Henry Harrison (above) had a long, bony nose, deep-set eyes and ears as big as barn shutters. It may have been providence that Harrison died in office after just 32 days — 32 days!
He caught pneumonia delivering his two-hour inaugural address on March 4, 1841, on a rainy day and without proper weather gear. He died the next month and yielded office to VP John Tyler (he was a real ugmo, too).
Had Harrison lived long enough to achieve immortality, his face might be on some currency and it might crater the economy because no one would want to keep a picture of him in their pocket.
The fourth ugliest?
Sorry, but it has to be Lincoln.
Because of his greatness — maybe the greatest American ever — fair-minded Americans overlook his homeliness.
Trump won’t.
I’ll bet if Trump wins the presidency, he’ll sculpt a new face on the Lincoln Memorial so honest Abe more resembles Rob Lowe.
I hope I one day live to see a competent man (or woman) channel Uncle Sam and run for president.
It’d make for a dandy campaign poster — and just imagine if Uncle Sam were on the stage for Wednesday’s GOP debate.
So maybe Trump’s right. Maybe it’s time we voted for only the most beautiful, the sexiest, the most gorgeous and the most beguiling man or woman in America. We’re talking eliminating the people the very sight of whom makes our stomachs turn.
I’m all for it.
It rules out Trump.