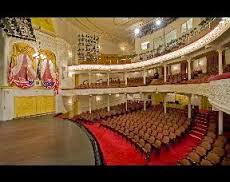 You won’t hear it in many of the more somber observations today, but Abraham Lincoln died laughing.

It was 150 years ago tonight at 10:15 p.m. in Ford’s Theater that Lincoln was slain by the dastardly charmer John Wilkes Booth.

The actor deliberately timed his fatal shot to coincide with one of the biggest laugh lines from “Our American Cousin.” I’m only vaguely familiar with the play and have absolutely no idea how it ends.

It may be the only thing me and Honest Abe have in common.

Booth hoped the roars from the delivery of the line — “You sockdologizing old man trap!” — would cover the noise from the fatal pistol blast.

I find his reasoning delusional. It wasn’t like no one was going to notice that someone had fired a bullet in the president’s head and the assassin was just going to tippy toe off to a hero’s welcome down in Dixie.

I wonder if they’re going to pause in the performance at Ford’s Theater tonight at 10:15 to commemorate the killing of the man who may be the greatest American ever. It’d be tasteful and certainly fitting.

If they do, it’ll be during a performance of “Freedom’s Song: Abraham Lincoln and the Civil War.” I’m sure it’s a very moving and patriotic show, but am surprised they’re not for obvious historical reasons presenting “Our American Cousin.”

If I owned the theater, I’d tonight be staging the play complete with reenactments of Lincoln being shot and Booth leaping on the stage from which he yelled, “Sic semper tyrannous!”

The phrase is Latin for, “Tonight’s play was brought to you by Geico!”

It is, of course, Latin for “Thus Always To Tyrants.”

Did you know that was and is still the Virginia state motto?

That Virginia takes its motto seriously is the only reason I can figure tyrannical Washington Redskins owner Dan Snyder chooses to reside in neighboring Maryland.

Historical reviews of the actual play say it’s a bit dull. Those reviews would be dramatically different if the assassination and its immediate aftermath were incorporated into any modern performance.

Guaranteed, no one would embark on a quick pee break at 10:12.

I’d think audiences would temper their ovations for the actor portraying the J.W. Booth character at the end. It’d be a great roll for an actor who’d enjoy playing against type. I’m thinking Tom Hanks.

But imagine the cheers if an actor who’d played the blood-stained Lincoln strolled onto the stage to take a grand bow.

It’d be like our greatest president had risen from the dead.

I don’t think so.

Every year millions of Christians around the world gather to watch Passion Plays that feature the gory crucifixion and — speaking of rising from the dead — resurrection of Jesus Christ, one of the few men even biased pro-Union historians would say achieved more than the Great Emancipator.

Of course, the bigger and likely truly tasteless re-creation is on course to take place on this day in 2017.

That’ll the the voyage of Titanic II and, no, Titantic II isn’t a sequel to the blockbuster James Cameron movie.

It’s the brainchild of billionaire Australian businessman Clive Palmer who in 2013 announced his plans to construct a full-scale re-creation of Titanic, which stuck an iceberg this very day at 11:40 p.m. in 1912. He expects the ship to be ready to launch in Fall 2016.

In an eerie echo of past hubris, Palmer declared, “Titanic II will be the most safe cruise ship in the world when it launches.”

Experts say a year-round theme boat will have limited appeal, the business models are all wrong and it goes against steadfast seafaring tradition that maintains you never name a ship after one that’s already gone to the bottom of the ocean.

The confluence of promotion and superstition gives me a sinking feeling tastefulness won’t be the only Titanic casualty.