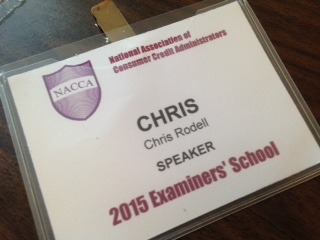 The pundits are all filling out their scorecards about the winners and losers from yesterday’s big event.
The GOP presidential debate?
Nope.
I’m talking my Pittsburgh comeback special before the National Association of Consumer Credit Administrators conventioneers at the Sheraton Station Square.
So who won? It was a tie.
Everybody won!
I call it my comeback special because that’s what historians called the August 5, 1968, NBC show that catapulted Elvis back to pop prominence. He’d been away for about five years making movies and boinking buxom Hollywood starlets.
Me? I’d been away six days moping about my colossal Richmond failure before dozens of important Virginia meeting planners.
So the only thing The King and I had in common was we were both all shook up.
What happened in Richmond had me rattled.
I’d asked for a traditional podium and mic stand — no powerpoint or other techie distractions — but wound up with a handheld mic.
Given the logistics, I eschewed the trusty podium and my notes and sort of wandered around the stage babbling.
(“Use All The Crayons!” colorful living tip of the day 313: “No matter what the situation, how dignified or refined, always without fail shout, ‘Gesundheit!’ anytime you hear someone use the word ‘eschew.’”)
So all week I wandered around in a funk wondering if I’d lost my mojo.
Turns out, I had not. I found it where it for me has always been.
Right there in the ‘burgh, baby.
This was the first keynote address I’d landed since becoming a partner with VisitPittsburgh.com
Partnering bestows me with contact info to every major convention coming to town.
The organizer said they usually don’t have speakers from outside the consumer credit field.
“We’ve tried it but it never works,” he said. “Our membership is very focused and every motivational speaker we've ever had has always failed to connect.”
I told him I was different. He wouldn’t pay a speaker’s fee, but did throw in a freebie night for me and the family at the Sheraton and said I could sell books at the end.
“But you probably won’t sell any,” he pessimistically added, saying his members are pragmatic and prone to thriftiness.
So with the previous week’s failure fresh on my mind and the the group’s mindset, I was very nervous as I approached the podium — and mic stand, thank you very much.
How did it go?
Everything about the day went exactly opposite of the week before.
At the end there was a huge ovation, the organizer came up, shook my hand and said, “Excellent!” A line to buy books began forming.
He later said, “You sure proved me wrong. Before you spoke, I didn’t think you’d sell one book. How many did you sell"
I’d sold 21 hard copies and saw a big spike in Kindle sales.
But the bigger spike was in my restored confidence. Members from as far as Alaska and all the lower 48 gave me a good gush.
Best part?
I had it together enough I remembered to push the little red record button on my video camera.
I’ll be cutting this up for snazzier promos, but I’ve had interest from people who’ve said they want to see an uncut speech so here it is The YouTube link is right here. For some reason (and I’m in too big a hurry to fix right now), it seems to start at the 3 minute mark. Drag it back to the beginning for intro.
Some rough spots, yes, but I think it’s solid record of what an audience of about 80 initially indifferent strangers get when they hear me speak over dessert.
I’ll post a full review of all my YouTubers coming up.
But it was a great day. Thank you, NACCA members from all over America, for coming to Pittsburgh to make me feel like Elvis.
Thank you. Thank you, very much.

Related . . .
The deflating results of my ballyhooed Virginia talk
“Use All The Crayons!” YouTube promo
My book signing, a pit bull & a big bag of cash
I speak: some laugh, some cray, some snooze
Ukuleles, YouTube exposure & what Jim Krenn has to do with it