Our toilet paper is getting smaller -- still costs same 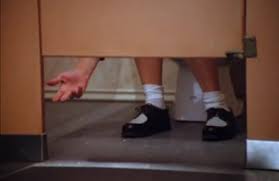 A friend of mine back in January linked me a story about how toilet paper is getting smaller. I think he did this in the hopes I’d write a story about it.
I did not.
I hadn’t noticed. It wasn’t a national crisis and I’m sure I was writing near daily about Deflategate, certain the issue would shed its essential timeliness prior to kickoff for Super Bowl XLIX.
And, I thought, who gives a crap?
Eight months later, I realize I’d missed an opportunity.
Toilet paper is getting smaller.
That’s key because, in fact, everyone gives a crap, especially those of us who eat fiber-rich diets.
Standard perforated toilet paper — WWII soldiers called them “shit tickets” — were for centuries precisely 4.5 inches by 4.5 inches.
Today, industry standards are reducing the length to 4 inches long, roughly 26 percent less.
It changes the geometric perfection and renders meaningless the “Seinfeld” catchphrase about not having a square to spare. They’re no longer square. They’re rectangular.
Or maybe we should say rectumtangular.
And while the surface areas are decreasing, the circumference size of the centering cardboard roll is increasing.
The reason I notice this is because I adhere to “Use All The Crayons!” colorful living tip no. 19:
“Whenever you finish a roll of toilet paper, blow through the cardboard like it’s a trumpet. The announcement will let everyone know it’s time to shop for more TP.”

I without fail do this at the end of every roll. The tune is usually something regal sounding, appropriate, I think, for a man performing from atop a throne.
But lately the sound has been deeper, more resonant. I find myself unconsciously lapsing into the iconic French horn intro from “You Can’t Always Get What You Want,” which confuses the family.
So instead of a fresh roll, Val asks through the privacy door if I’m feeling constipated.
It’s very cunning of our nation’s TP producers. They’re getting away with charging the same high prices for far less product.
Yes, for years we’ve been warned not to squeeze the Charmin.
Now, the Charmin is squeezing us.
But what are we going to do?
The necessity constructed to tidy up the opposite end of the taint has us all by the proverbial balls. Wikipedia says proper humans have been using toilet paper about a thousand years longer than we’ve been using proper toilets.
In fact, the first documented evidence of toilet paper is from Chinese scholar named Yan Zhitui (531-591 AD).
And for the handy purposes of today’s story let’s just go ahead and assume his last name is pronounced “SHIT-you.”
He wrote, “Paper on which there are quotations or commentaries from the Five Classics or the names of sages, I dare not use for toilet purposes.”
They might be using pages from best sellers for toilet paper in Venezuela, now in its second year of a critical toilet paper shortage.
Harry Potter meet Hairy Potty!
It was so bad in 2013, the Socialist government seized control of the nation’s largest toilet paper manufacturer with intentions to increase production.
It failed in Venezuela and the shortage endures.
Lesson: A toilet paper shortage crisis can’t be dealt with in ways that could be deemed half-assed.
It’s not a crisis in America. It’s just another of the daily growing annoyances of how some in corporate America are always meddling with the status quo to screw us out of another buck or two.
The whole thing reminds me of another hole thing that has me recollecting an interview with a hot sauce manufacturer who impressed competitors by reporting a 25 percent increase in profit in just one year.
How’d he do it? Better marketing? Zippier recipe? Increased social media exposure?
Nope.
“We just made the hole bigger.”
I hope the smaller TP trend doesn’t continue.
In America today, perhaps now more than ever, we need lots and lots of toilet paper.
Donald Trump, Kanye, Roger Goodell, Scientologists …
Go ahead and start your own list.
Our toilet paper is getting smaller, but our assholes keep getting bigger.

Related . . .
Potty talk about bathroom euphemisms
The true story of how I became an iron-bladdered superhero