I want an overnight solution to climate change & and I want it right now! 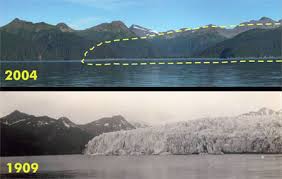 My great fear is the aliens will land, approach the first yahoo they see, say “Take me to your leader!” and they’ll be marched straight to Trump.
The historic meeting could be calamitous for both species
But let’s, as we should always strive to do, look at the sunny side of things.
Let’s say the random earthling host is apolitical. Let’s say he or she is like the growing number of adults who don’t obsess over daily news. Let’s say this pivotal person’s leader is someone millions look to for cultural wisdoms.
Let’s say their leader is Ryan Seacrest!
I envision a scenario that we could all describe as, well, cool.
The alien leader will say:
“Oh, wise and noble earthling with the fashionably trimmed chin stubble, our planet is experiencing sudden climate change. We’re freezing our butts off. We’re sick of shoveling snow and our golf games have gone to what you call hell.
“Our sensors, however, detect you earthlings have ingeniously managed to in a relatively few years raise the average temperature of your planet to a nicely toasty level.
“We’re soliciting your aid. We want you to teach us these proven techniques so we can raise the temperature of our planet so it’s always warm and humid. It’s either that or we have no choice but to all move to Tampa. Will you consider extending us your proven expertise?
“We will pay you in glaciers.”
I’d trust even Seacrest to handle those planet-saving negotiation.
I’ve looked and found no antonym for doomsday, a word that connotes the apocalyptic end for one and all.
There ought to be a word for a day when everyone on the planet has a simultaneous fantastic day, a day when Jews and Muslims high-five, when the Koch brothers and Hilary hug, a day when Tom Brady out of reflexive human joy squeezes Roger Goodell so hard his balls deflate.
And Goodell roars at the irony.
Today, President Obama is in Alaska to highlight the perils of global warming. Of course, he couldn’t do even this without controversy. He by lordly fiat changed the name of Mt. McKinley to Denali.
I don’t know who this Denali guy is, but I’ll bet he’s one of Obama’s Muslim buddies from Kenya.
Either way, today’s shaping up to be a pretty depressing day for those of us who care about the environment.
We’ll be inundated with North Pole visuals of marooned walrus, receding glaciers and raging forest fires in places where there used to be only snow.
And we’ll view these images fully aware that at any moment one of them could be photobombed by one of the Palins.
So you can see why I woke up with the word doomsday on my mind.
I’m one of of those guys who is too impatient for incremental solutions to monumental problems.
I’ve heard experts say we can combat climate change with steadfast care that will chip away at centuries of corrosiveness.
Well, lah-de-dah.
Who the hell has time for that?
I want someone to announce they’ve found earth’s thermostat and — voila! — they bumped it back down to room temperature.
I want somebody to say they’ve discovered a giant stoppered drain in the middle of the Atlantic Ocean and all we need to do to combat rising sea levels is to pull the plug and leave it out for about a month or so.
Ocean-front property will be back on the beach where it belongs.
I’ve written a bunch this summer about my resistance to change. Moving my office from above one bar to one that’s above three bars was very traumatic.
Oh, how did I ever cope with such upheaval?
Go ahead. Take a wild guess.
So, obviously, the idea of dramatic climate change is unsettling.
I hope one day we can celebrate a climate change solution that is the opposite of doomsday, a day when we’re told the sunny side of things won’t be so scorching.
It’ll be a day when the rising seas crest and even those of us who are skeptical of his dubious talents can celebrate with a guy named Ryan Seacrest.

Related . . .
Farewell Pond office! I am outta here . . .
Caesar Flickerman not real so NBC will stick with Brian Williams
Who can help me quit caring so much?
SCOPEtics & the sunny side of global warming
Roll Tide: The last winter day
Impeach Obama