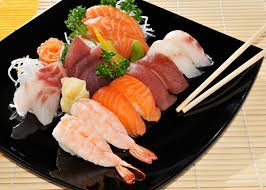 Val heard an aspiring dog groomer had moved into the neighborhood and was looking for what I guess you’d call canine guinea pigs, a hybrid species that sounds like something straight out of the Island of Dr. Moreau.
Should, she asked the girls, they take Snickers?
The pros and cons were weighed: We’d be helping a neighbor. It would be free. She has new ideas. But what if she's hapless. She might have the nervous shakes. She might stab poor Snickers in the throat.
A not disinterested observer, their cons were my pros.
Was the experiment worth while? They couldn’t make up their minds.
I had an idea.
Let’s first take Nana!
She’s docile, is always complaining she needs a haircut and would be pleased if the woman tossed her a little Scooby snack after the blow dry.
We’ve begun taking steps to move my 82-year-old mother from her South Hills condo to a place near us.
It’s difficult for me to write about Mom without delving into black humor.
She has dementia.
I suspect it’s contagious because dealing with her makes me crazy.
My young, sweet second cousin’s been living with her for about three years. She’s a godsend. But she’s ready to move on with her life.
It’s an impetus for something I should have probably done five years ago. She can still cook and take care of herself, but she needs more immediate attention.
So I’m meeting with real estate agents and considering housing options.
People ask me what kind of place I want for her.
“Someplace near a steep cliff,” I say.
I told friends I’m thinking of having her move in with my old friend Joe (featured in yesterday’s post).
Isn’t he the one, they ask, who last fall nearly killed Snickers?
“Indeed, he is,” I say. “Indeed, he is.”
Where did I get this gallow’s humor?
From her!
Remember, she was responsible for caring for my 97-year-old grandfather in that very condo about eight years ago.
Unlike his daughter, his mind was razor sharp right up to the end. He was licensed to drive up until he was 93.
I say that while acknowledging everyone in DuBois where he lived knew to be off the roads and locked safe in their basements from 7 to 8:30 each morning.
I remember clearly sitting in that living room with the two of them and him complaining bitterly about his impatience to die. Outliving all his friends and burdening his daughter made him furious.
His eyes took a steely cast and he said, “If it wasn’t such a shame on the family, I’d …” and he made a slashing motion over his wrist with his finger.
Without missing a beat, my dear mother deadpanned, “I wouldn’t be ashamed.”
Six months later he locked himself in the bathroom, climbed into the tub and made a slashing motion over his wrist with something sharper than his finger.
To his eternal mortification, he survived.
I’ll never forget later that horrific day, him in the bed, me and Mom trying to unwind with some of her favorite sushi I'd picked up on the way home from the hospital.
The beaten old man looked up and asked what we were eating. I told him it was sushi.
“Sushi? Let me try a piece of that.”
Now, I didn’t know what to expect. Would he say, “Wow! I’m so glad to be alive. This sushi is terrific!” Maybe. But it seemed like an electric moment.
Mom and I stared on as he chewed.
“Well,” I asked, “what do you think?”
He wiped his lips with his bandaged wrist, looked me dead in the eye and said, “I wouldn’t hit a dog in the ass with that.”
He died of natural causes in hospice care a year later.
If my Mom’s natural term is as long as her father’s I’ll be 67 when this chapter concludes.
So, please, don’t judge me too harshly if I seem jaundiced about the sanctimony of senior life.
My greatest fear is the pressing hardships of dealing with the end of her life will blot out all the absolute joy I’ve gleaned from being raised and loved by a woman so fun and rare.
I guess, in keeping with her sweet inspiration, the best I can do is strive to be patient, to preserve essential humor and to persevere with the soulful understanding that at the end there will be sushi.

Related . . .
Mom’s making crazy contagious by a nose
Mom’s coming to my Lebo book signing
Yesterday was the best Halloween ever
A conservative nearly killed our dog yesterday
A stiff tribute to Mom’s & cadavers
A son’s Mother’s Day lament