The prez, the killer & origins of "Amazing Grace" 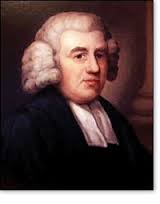 I knew I had to research the history when I heard Sting say the composer of “Amazing Grace” was an English slave ship captain who’d written the song to atone for his mighty sins.

It wasn’t the first time Sting had lied to me. Remember, he was the guy who said he was breaking up The Police because he was sure exciting new creative opportunities for him and his fans lay in the future.

Newton did indeed become an ardent abolitionist, but said he never connected the motivation for the hymn’s construction to anti-slavery sentiments. In fact, he linked his spiritual conversion — and the song’s inspiration — to a 1748 storm so severe he was convinced his life would end with the capsizing of his ship off the coast of County Donegal, Ireland.

If he did enjoy a transformative moment there amidst the roiling white caps, it wasn’t very deep. He remained a slave trader for six more years before he quit to begin theological studies.

His was an interesting life. A wild and disruptive youth, Newton was forced against his will into Royal naval service, a common fate of lower class miscreants. Once at sea, he developed an unusual flare for writing poems so profane they were said to “exceed the limits of verbal debauchery.”

That the subject of the ribald poems were often his superiors led to near-lethal discipline.

Thus, the man who wrote the world’s most famous church song started out as the guy most likely to compose “Barnacle Bill the Sailor.”

It is estimated “Amazing Grace” is performed 10 million times each year.

That a song written by an old slave trader would one day become a Negro spiritual sung by America’s first black president at a healing service over the massacre in a historic black church carried out by a white supremacist intent on starting a race war is a veritable bouquet of historical irony.

The mother of the man Obama was eulogizing, The Rev. Clementa Pinckney, named him after Roberto Clemente because she so admired the selfless values that led to the Pirate great’s tragic death.

If I were a conservative, I’d be worried the dreadful trajectory can only mean Bristol will this week announce Rick Santorum’s the father.

I’ve watched Obama singing “Amazing Grace” several times by now. It’s his presidency’s most indelible moment (so far), and the one that’ll be played over and over in the lobby of his presidential museum.

I keep watching it, not for the actual song, but for the — for me — riveting 26 seconds of mostly dead air that precedes the singing.

Then he seems to choke up and come to a halt. Is he about to crack up? He says, “Amazing grace,” once, pauses, and then again a second time. He stares down at the podium for 14 more seconds.

Then he begins to sing.

What was going through his head during those interminably awkward seconds?

Was he thinking about redemption? Forgiveness? Or was he thinking, man, this is going to embarrass the hell out of Sasha and Malia.

No daughter likes hearing her father sing in public. I speak from experience.

I wonder if Dylan Roof saw any of the remarkable news. I hope so.

And again I’m reminded how I’ve never seen a single white supremacist who makes me, a fellow white, feel the least bit supreme.

If sufficiently motivated, Roof will now have ample time to think about his acts and express a profound remorse exemplified by the song Newton wrote after a tumultuous life of sin and redemption.

Of course, Roof need not turn to song.

I’ll be just as impressed if his humble hymn is just six words long.

“I’m so sorry. Please forgive me.”

The enduring power of our radioactive word that begins with ’n'