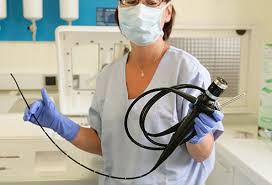 I was disappointed a northern Virginia jury awarded a colonoscopy patient $500,000 after he heard derogatory banter he’d inadvertently recorded during the operation.

The amount should have been more.

And he should have had to pay it!

Studies have shown work place morale improves when employees are free to blow off steam through irreverent comments about stressful work conditions.

Why should it be any different for the only men and women who go into deeper, darker holes than our fearless miners?

What happened was the guy pressed record on his smart phone to preserve post-operational instructions. Then he put the phone back in his gown — without having pushed stop.

So when he got home and sat on his pillowed seat, he heard about two minutes of instruction and the entirety of what was said to and about him when he was under deep sedation.

Rock historians will see a parallel between what happened to the plaintiff and how Keith Richards wrote “Satisfaction.”

He’d come back to a Florida hotel room very drunk, but with a catchy riff in his head. He hit record on his tape deck and played the stark notes of what was destined to become our most indelible rock song. He then passed out.

“Next morning, I hit play,” he said, “and had about 12 seconds of ‘Satisfaction’ and about 49 minutes of me snoring.”

Can you imagine what that tape would go for at auction?

I can imagine the patient’s distress when he was listening to the play-by-play and heard Ingham joke to the snoozing plaintiff: “After five minutes of talking to you in pre-op, I wanted to punch you in the face and man you up a little bit.”

He was apparently a difficult patient. He’d boned up on the procedure, asked detailed questions about longshot mishaps, and shared his insights with the professionals.

When a medical assistant notes an unsightly rash (she doesn’t say where but we can all take a wild guess), Ingham warns her not to touch it lest she get “some syphilis.” She goes on: “It’s probably some tuberculosis in the penis, so you’ll be all right!”

It’s much funnier on the tape because the three or four of them in the room are having a wonderful time. They’re joking, loosey-goosey, laughing and perfectly at ease. It’s like they’re at a cocktail party, the kind I’d like to crash, if only the party centerpiece wasn’t some guy’s big hairy ass.

I tried to put myself in the offended man’s shoes, while understanding his shoes were probably in another room.

Would the insults bother me?

I really don’t think so.

First of all, I assume everywhere I go I’m going to be judged on how I look and how I act. It’s why I’m always on my very best behavior when I go to get my tires changed, my hair cut or certainly if I’m someplace where someone might insert disinfected medical devices up my rectum.

The attending doctor was spared disciplinary rebuff, but his evidentiary comments seem to indicate the guy was a real asshole — and he’s a proctologist.

If anyone’s going to be able to make that expert determination, it’s him.

But I don’t under  any circumstances think we should be cracking down on extemporaneous banter in occupational situations. That’d be — and you had to see this one coming a mile away — a real bummer.

Because people are people and people are bound to talk. The only thing we can do to possibly influence how they treat us is to be considerate about how we treat them.

What they did was an embarrassment, certainly, but it cracks me up.

And I guess crack up is the only way to go when you’re talking about colonoscopies.

The skinny on rectal bomb implants