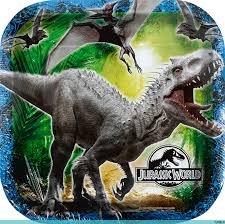 Do you have any idea how many quarter-pound dino burgers comprise your typical 7.5 ton Tyrannosaurus Rex? I don’t know if the number bajillion is real, but it’s bound to be something like a bajillion.

As you can tell, I’m excited about the Friday opening of “Jurassic World.”

I wasn’t a huge fan of the series, especially the weakling sequels, but I did enjoy the original and recently had fun showing it to Josie, 14. Now, she’s really into it. So it should be a spectacular day at the movies.

It had better be.

The hype is huge, but Spielberg blockbusters aren’t quite the sure thing they used to be. I enjoyed “Lincoln,” but understand why my so many did not. The reason why is it shouldn’t have even been called “Lincoln.”

It should have been called “Congress.”

It was too much about process and not enough about maybe our greatest American. It was committees, filibusters and procedure.

Know what would have made it more entertaining?

Grant: “Our proud Union troops were on their way to victory at Gettysburg, then that accursed dinosaur came out of the Peach Orchard and ate General Meade and 200 of his men. Now Lee and his rebels are preparing a clam bake near Cape Cod.”

Lincoln: “Damn. I never thought Meade would have been all that tasty. Oh, well. I need some escapist fare. “Our American Cousin” is playing down at Ford’s Theater. Do you happen to know how it scored on RottenTomatoes.com?”

I’m already monitoring Rotten Tomatoes to see how “Jurassic World” it is being reviewed. Nothing yet, but if the movie doesn’t top out above 90 percent, I’m going to be disappointed.

I’m hoping it’s a movie we can all enjoy — fun for the whole family!

And I do hope the movie includes a snippet of some tailgaters barbecuing a dinosaur.

I’m serious about solving world hunger through safe and prudent dinosaur breeding. I would think just one Volkswagen-sized sauropod egg would provide enough omelet ingredient to brunch all of Des Moines.

Wing nights are popular at taverns around the country. Imagine the rush of diners who’d line up for Pterodactyl Wing Nite. These wings range from between 9- and 20-feet long. It’d be like me and my family heading to The Pond on Tuesday wing nite and being served a meat canoe.

I like to think of all the jobs created by the spinoff industries related to dinosaur farming.

The first dinosaur butcher shoppe — and you’d have to spell it “shoppe” to give it that Old Jurassic World flavor — would be the size of those 50-story Vertical Assembly Buildings NASA used to construct the space shuttles.

Like prudent butchers of things like beef and hog, no part of the beast would be wasted. The skin could be used to for haute fashion accessories.

Well, being a fair-minded observer, let me tell you.

If a dinosaur stomach growls in Atlanta, you can pretty much bet they’ll hear it in Macon. And when you’re typical dinosaur wants food, it wants it right away. It’s not going to settle for another bowl of bread sticks.

The other concern is if we humans are going to eat dinosaur, we have to be particular about what dinosaurs eat.

You’re going to have to feed it something healthy — and there are only so many vegetarians in the world.

Despite these problems, I remain convinced either way breeding dinosaurs will eliminate hunger among humans.

Introduce enough hungry dinosaurs into the world and sooner or later there won’t be any more hungry humans.

End World Hunger! Be an airhead!

Marching on Gettysburg with daughter, 12
Posted by Chris Rodell at 8:12 AM