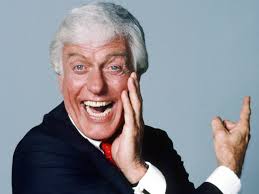 • I blasted “School’s Out” to awaken the girls yesterday, the last day of the school year for our former 3rd and 8th graders. Released roughly 40 years prior to their births, the sneering anthem still perfectly captures the liberating anarchy of one of the greatest days of every kid’s year.

I revel in seeing the faces of the children as they get off the bus on that last day. I’d have to commit a felony and scratch something like 1,500 “Xs” on the cell wall before I could enjoy an equivalent euphoria.

Cooper, who co-wrote the song in 1972, said there are two times a year when each kid gets to enjoy three perfect minutes. The first are the three that precede the December 25 opening of all the Christmas gifts.

“The next one is the last three minutes of the last day of school when you’re sitting there and it’s like a slow fuse burning. I said, ‘If we can catch those three minutes in a song, it’s gonna be huge.’”

• I’m surprised I’ve never heard a “School’s Out” from the teacher’s perspective. If done well, I’m sure it’d be very funny. Where’s “Weird Al” when you need him?

• It may be today, it may be Monday. But, guaranteed, we Pond regulars are about to experience what I for years have called “Teacher Inebriation Week.” It’s the multiple days when about 20 or 30 teachers from area schools disrupt our otherwise sedate Happy Hour by descending on the bar to blow off a year’s worth of steam. Despite the disruption, I like being in the bar on these days. I enjoy seeing people celebrate after achieving a difficult task and I believe teaching — teaching well — is very difficult. The only place I’d rather be is where ever the battle-scarred survivors go to celebrate “School Bus Driver Inebriation Week.”

• I don’t think I’d mind foreign nationals hacking so many of our personal accounts if just every once in a while I’d read a headline boasting the U.S. hacked 4 million Chinese accounts. But that never happens. Maybe the return is too low to justify the espionage. So it seems like the only personal data the U.S. government is interested in hacking are the ones possessed by U.S. citizens.

• I have no interest in writing about Caitlyn Jenner. Really, if Bruce has been so unhappy throughout his life, I’m happy for him to become a her. And if Caitlyn can inspire people who endure a similar misery then good for her.

• Either way, I predict this whole thing will be viewed with quaint nostalgia in 10 years when plastic surgeons perfect ways for unhappy humans to find fulfillment by becoming parrots, cats, penguins, etc.

• Another reason I’m not interested in writing about Caitlyn? Just thinking about juggling the proper pronouns makes my head hurt.

• Have you seen the Dick Van Dyke video with Dustbowl Revival? It made my day. I loved him in “The Dick Van Dyke Show” and “Chitty Chitty Bang Bang,” which I still enjoy with the family. He’s a treasure and at 89 an inspiration.

• Van Dyke at 89 could call Mick Jagger, 71, “Sonny,” but from what I hear Jagger’s performances are tremendous. Still, I’m disappointed in the set lists. They’ve for the last 15 years been relying on greatest hit sets and how many more times do I need to see “Satisfaction” performed live? Me, I’d like to see them release another album of bluesy new stuff. People think I’m kidding, but “A Bigger Bang” from 2005 is one of their best.

• I’m being considered for a profitable speaking position in Vancouver, Canada. I told the meeting planner I’d do anything to secure the gig. In fact, I said, I’m going to spend every spare moment studying until I can speak fluent Canadianese.

• I’ll be glued in front of the set tomorrow hoping American Pharoah finally ends the Triple Crown drought. One of these days I’m going to take my girls to spend a day wagering at the track. My buddies and I used to do that at least once a year. It’s so much fun.

• Endorsing the Jenner sex change doesn’t mean I’d like to see the surgery become commonplace, especially among our familiar celebrities. For instance, I’d hate to see it happen to a beloved performer who’d have to endure jokes that he’d become NoDick Van Dyke.

• I said I’d have to serve time in prison to again appreciate what it feels like to be liberated after enduring a long, harrowing struggle. In fact, I was mistaken . . .

Only 84 days till we send all their little asses back to school!

Random thoughts on Letterman, “Survivor” and my weenie ways

Scattered thoughts on Derby Day weekend
Posted by Chris Rodell at 11:25 AM