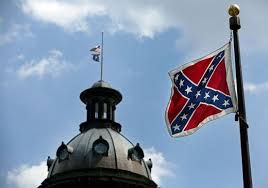 Anytime I’m tempted to write anything controversial I first run it through what I call my Kyle Filter.

The Kyle Filter is this: Would writing about this subject either sadden Kyle or cost me Kyle’s readership for that day?

Yes, I’m so desperate for readers I weigh the sensitivities of each and every one of you before tackling a topic.

The Kyle Filter is very explicit and comes directly from Kyle, an old buddy of mine from Ohio University. He texted me one day: “I don’t read anything of yours that implies you’re going to be writing about politics or includes ‘Jesus’ in the headline.”

I texted back: “You mean even the non-political ones like where I speculated Jesus would have been a less effective savior had He worn a bow tie?”

He never responded so now The Kyle Filter off-limits topics involving messiahs in bow ties — and wouldn’t “The Bow-Tied Messiahs” be a dandy name for a bluegrass band?

But the gist of his comment is absolutely correct.

Why would I want to write anything in this already sad, depressing world that might further sadden or depress even one individual?

No one turns to this blog to solve the world’s problems.

Heck, half of the world is furious that some guy with what they consider dubious authority has the audacity to opine on climate change.

That man is Pope Francis!

Who does he think he is? Al Roker?

I want everyone who reads this blog to leaves this blog feeling better about the world and themselves.

This isn’t as difficult as it sounds. I contend much of human happiness involves contrasting our own happiness with the relative unhappiness of others.

I think that’s why last week’s news about me getting evicted was such a smashing success.

Unfortunately, nothing really bad’s happened to me so far this week. The good news is it’s only Monday so more vicarious woe is sure to befall me.

The obvious topic today is Dylann Roof and the Charleston hate crime. I could write about that, sure, but that would divide readers because it’s about guns.

And I don’t believe anyone — and I mean anyone — has done more to break the deadlock of gun violence in America than I (links below). Why be redundant and, c’mon, in America today nine’s become a pretty low body count.

I could write about why the Confederate flag should be taken down from the South Carolina state capital. That’s topical.

But I believe the market will take care of that, just like it did in Indiana. It’s an embarrassment to a state I enjoy for so many reasons that only divide people who are opposed to oysters, gorgeous beaches and golf vacations among middle-aged men likely to lose things like their pants.

I sense lots of vitriolic controversy will ensue over President Obama’s initiative to put one lone female on some currency in place of maybe one of the old while guys who owned slaves.

A friend of mine proposed Rosa Parks. I love the suggestion, but I had to remind him that Rosa Parks was black and that would engender controversy from cash-friendly business owners who revere the Confederate flag.

So seeking a non-controversial solution, I suggested an alternative: liberal actress-activist Angelina Jolie. But because that, too, would be controversial I say put her on the newly minted one million dollar bill and make just one.

That way Brad Pitt could obtain it and keep in his wallet with pictures of the rest of his loved ones — and I mean his family, not cash bills.

Other controversies I won’t be addressing include the splotchy greens at the U.S. Open, Baltimore police arrest records, Apple’s stingy reluctance to pay royalties, or the Greek debt deal of which I understand nothing but has me fearing for the future cost of delicious gyros at Mike & Tony’s on Pittsburgh’s Carson Street.

So instead I’ll just on this Monday wish my buddy Kyle good luck for a great week.

The summer splendors are upon us. It’s time to grill and sip back porch beers while listening to broadcasts as the great Alex Rodriguez smashes baseball’s most hallowed records while leading your Yankees to greater glory.

And that’s as good a place as any to end a post dedicated to remaining controversy free.

A heartwarming tale of Christmas woe