Human groomin' & the evolution of bugs 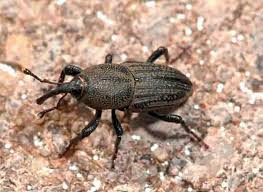 This weekend at a backyard picnic I saw a multitude of grown ups grooming bugs from one another the way fastidious zoo chimps do and wondered what Darwin would say.

Is man evolving or devolving? Is communal human groomin’ a evolutionary advance or a retreat?

I was raised to not put my hands on another human being without his or her explicit sober permission, this included a girl of scandalous reputation the boys all called “Back Alley Sally.”

She was always up for a good shadowy pawing, bless her heart.

On Saturday, I nearly got as far with a retired postal worker as I used to get with Sally.

And the guy thanked me!

We both had these pepper seed-sized black bugs crawling all over us and as we stood there talking baseball and sipping beers, we spent the entire conversation flicking bugs off one another.

Why were we feeling so grabby?

They look like deer ticks, those dreadful little blood-suckers that infect us with Lyme Disease, an affliction that leaves victims chronically fatigued.

They are not to be confused with those suffering from Lemon-Lyme Disease, an affliction that leaves victims chronically fatigued sourpusses.

Geez, I must’ve been bitten by an insect that leaves me prone to telling stupid bug jokes.

Q: How can you tell carpenter bees from look-a-like bees?
A: Carpenter bees are the ones with the tiny tool belts.

Anyway, these new bugs are tick replicas and are becoming as numerous as the obnoxious and ubiquitous stink bugs.

So I began calling them stink ticks.

Of course, I was wrong.

There is no such thing as stink ticks.

At least not yet. Insects keep evolving. Remember, bees used to just sting you. Now, they can kill you.

It’s a very disappointing trajectory. You’d think before they went to killer bees they would have tried their hands at being burglar bees or vandal bees.

It’d be like going outside one night to enjoy some summer magic and having to run for your life when lightning bugs begin shooting actual lightning out of their buggy little butts.

Of course, it’s not always bad. We’ve always had beetles and then one day we all got to enjoy . . . The Beatles!

Turns out these new tick-like annoyances — and that’s all they are — are called billbugs.

They’re, in fact, part of the extended beetle family, and I’ll let you know the instant I detect a way way to pin the blame on Yoko.

I read it online: “The adult tick is very flat, whereas the billbug is round, curved and fat," Allegheny County Health Department Entomologist Bill Todaro said.

I prefer getting my news in printed form, but in this case I’m sorry I didn’t see any video of Todaro. It’s always been an ambition of mine to one day describe an esteemed entomologist as “bug-eyed.”

Todaro says the billbugs are motivated by the some of the same base impulses that used to move my old friend Sally.

“Their purpose is to find the love of their life, to mate, lay eggs, and then die,” Todaro says. “It’s a mass spawning.”

I read where they’re called billbugs because they have what is described as a long snout.

I looked and couldn’t discern an embarrassing honker.

I’m the guy who still turns cockroaches over in the hopes of seeing anatomical evidence of why they’re called cockroaches. There’s none.

If roach cocks are too minuscule to be seen with the naked eye they shouldn’t be called cockroaches.

They say every creature great and small has a purpose, but what things like stink bugs and billbugs contribute to the universe is a mystery to me.

I just hope they don’t get worse.

Deer ticks are bad enough. I’d hate to think we’d have to one day be wary of  another beloved woodlands creature the way we do tick-infested deer.

I like Bugs Bunny, but I don’t think I’d feel the same about bunny bugs.

To bee or not too bee

Bigger than Jesus & The Law of Rodell’s Facebook Conundrum
Posted by Chris Rodell at 9:48 AM