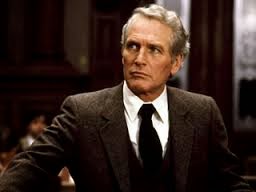 So many topical issues, I thought I’d run ‘em down in a jiffy little burst:

• A conservative buddy of mine posted on Facebook how glorious it is for him to right now be watching what he disparagingly calls “PMSNBC.” I told him I’m enjoying it vicariously through him. Being a partisan on the winning side of any election is as euphoric as having your team win the Super Bowl. My take: Winning the midterms so resolutely will, again, embolden the GOP into mistakenly believing America craves more conservatism, thus guaranteeing they’ll lose the elections that really hurt. And on November, 9, 2016, I’ll sit down and spend the whole day reveling in FOX News.

• The blog had its biggest week ever: 7,500 readers — all of it on one story that was widely ignored when I posted it in February. The story? “Everyone hates Patrice King Brown.” It’s about a formerly beloved KDKA-TV news anchor who ruined her reputation by becoming the paid shill for health care conglomerate UPMC. Why did the story go off? KDKA began promoing poignant spots saying, “The secret reason Patrice King Brown left KDKA … tune in Monday at 5 p.m.” I could tell each and every time one of those promos ran because another 500 or so readers would Google “Patrice King Brown,” see my story was the top offering and click right to it. It made me feel momentarily relevant.  What was her secret? Her husband had cancer and he’s now kicking its butt. It was an odd piece and seemed like a an attempt to rehabilitate her after she’d lost so much public favor. I’m glad I didn’t say anything mean about her in a story that was read by a lot of people. She seems like a nice lady who found a money grab irresistible. As for me, four days later and I’m back to getting about 300 readers a day — and that’s fine with me. I get paid the same thing if I get 3,000 readers a day or 300. Yes, I remain Eight Days To Amish.

• Prevailing Steeler fan mindset: We blowout the Jets, sweep the season with increasingly bigger blowout victories until we win the the final game by the biggest blowout in Super Bowl history. Anything less will result in fans demanding Coach Tomlin be fired and replaced by someone pale.

• All of Pittsburgh is paying rapt attention to the murder trial of Dr. Robert Ferrante, who is accused of using cyanide poison to murder his wife, Autumn Klein. The prosecution presented what seemed like overwhelming evidence that included damning computer searches on “Pennsylvania divorce,” “malice aforethought,” and the suspect’s refusal to have his late wife’s body subjected to autopsy. Yesterday, the doctor took the stand in his own defense. Newspaper accounts indicate he put forth many reasonable explanations for the prosecutor’s points. It’s one of those cases that makes me wish I was in the courtroom, but not on the jury. From what I’ve read, I don’t know how they’re going to vote.

• About two weeks ago, I conceived what is looking like a game-changer cold pitch to professional meeting planners I need to book big speaking engagements. I slug it “You need a good laugh … I need a good meeting planner.” The e-mail includes jokes from the book, links to my YouTube clips, and why every demographic will enjoy having me as a speaker. I sent it one of Pennsylvania’s top meeting planners. Here’s her response: “I never, and I mean NEVER read email solicitations.  However, I was having a rough afternoon and your email arrived at just the right moment.  I needed a laugh, and you delivered. Thanks for brightening a dark afternoon.  And, kudos for reeling me in.” She then told me about all the big organizations that rely on her to book speakers. Two others have responded in a similar vein. It’s very encouraging.

• Pennsylania bucked the GOP tide and elected Democrat Tom Wolf. He’ll become the first bearded governor Pennsylvania’s had since, gee, Civil War days? It’s a very professorial beard. I hope now that he’s won, he just lets the thing grow so he looks like a maniac. I think a maniacal-looking governor could get a lot done with those clean-faced pansies in the state legislature.

• Me, I’m watching the forecast to again determine my facial hair. As I’ve done the past five years, I’ll begin growing a beard when I see three consecutive days in the five-day forecast where the temperature is 30-degrees or below. Last year that was Nov. 12; the year before, Dec. 18. I’m hoping this year it doesn’t happen until January 6.

• Speaking of miserable weather, we’ve begun our first “Predict the 1st School Snow Day” contest with everyone in the family guessing making their picks. Picks range from December 8 through January 21. Prizes are yet to be determined, but it’ll likely be something crappy. Who cares? On snow days, everyone wins.

• Early contender for Tweet of the Month: My problem is all the people who remember me from when I was great are all losing their memories and my episodes of greatness are steadily waning.

• I hope you’ll stop by tomorrow when I reveal the results of the first physical I’ve had in 18 years.

UN-related (random sampling of what people are reading now) . . .