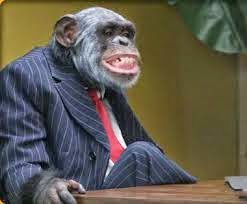 After what was the most depressing Super Bowl I can remember, I woke up today thinking something I’ve never thought before.

It was mostly the commercials, but that wasn’t all.

Should it be about communal messages? Family togetherness? Moral thoughtfulness?

No, it should be about football!

Many organizations and advertisers have forgotten this. At the top of this list is the National Football League. They seem to think the only way to make football bigger is to make football less about football.

It’s why every 10 minutes or so I found myself staring at the TV mouthing WTF?

Worse, commercials and the overall tone of the day made me sad.

Good Friday is more cheerful. On Good Friday at least we know we’re in for the kind of comeback that won’t infuriate half the nation’s sports fans.

Here are the top 10 improvements for next year that will, I hope, keep the next Super Bowl from being so depressing.

10: Kickoff at 4 p.m. The later the kickoff, the less the day becomes about football, the more it all becomes tedious filler, mindless banter and enough repetitious show promos to ensure we’ll be sick of the actual show before it even airs.

9: No more halftime acts featuring artists whose fan base is teenage girls. This is another example of the NFL desperately trying extend its fringe demographics (teenage Katy Perry fans) while alienating its core (guys like me). I find Katy Perry’s spunk appealing. But this was terrible. I was struck by how much halftime is beginning to resemble the opening ceremonies for the Olympics. Being entertaining is less important than demonstrating unseemly bloat.

8: Initiate a half-time rotation of Stones/Springsteen/Petty/Who/etc. until they all one-by-one die off and then have the halftime show duties deeded in perpetuity to the Ohio University Bobcat Marching 110.

7: No color commentator. Cris Collinsworth kept annoying me every time he’d say, well, one team or the other was getting away with a blatant penalty, which was every play. If the refereeing in the biggest game of the year is that incompetent, then either say that or just shut the hell up.

6: Hire a panel of true football fans to screen in advance every commercial before it is allowed to air. Just watching them screen commercials would be a tremendous show and their efforts would weed out some of the very worst commercials that made yesterday so depressing.

5: No dead kids. I didn’t tune into the Super Bowl to see Nationwide ads about kids getting killed. I tuned in to see that happen to the Patriots.

4: No Harry Chapin. I love Chapin, but no football fans wants to hear him sing, “Cats in the Cradle” over a confusing car ad that made me feel I won’t be a good Dad until I shell out $23,000 for a new Nissan and take the kids for a ride during the two minute warning. The public service ads, while worthy, were depressing. Sorry, they’re out next year.

3: Needs more monkey: This was, I think the third year in a row we haven’t had a commercial that featured even a single monkey. If I was on a panel advising advertisers about how to make their commercials more appealing, I’d always say, “Just add monkey.” You can never have too many monkeys and it helps if at least one monkey is dressed in a 3-piece suit and acting bossy. In fact, I’d give The Monkees a shot at the ‘16 halftime show, too.

2: No top 10 lists. It’s such a lazy way out for anyone who strives to be creative on a day when he’s feeling depressed about Super Bowl Sunday.

And the No. 1 way to ensure next year’s Super Bowl won’t be as depressing as this one was . . .

No one’s allowed to throw a pass on their opponent’s 1 yard line with Marshawn Lynch in the backfield.

NFL bores; here’s five ways to save it