Anti-vaxxers now wishing to be inoculated against public wrath 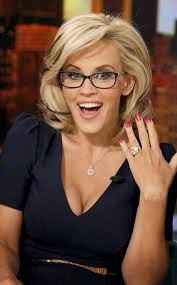 I’ve often talked — it’s really more of a boast — about how I’m on track to become the last man on earth without a single tattoo, piercing or other man-made deviation to my pristine skin.

I have one on my left bicep just below my shoulder.

Dime-sized, it’s a permanent disfigurement, an epidermal bubbling that will forever denote me as a child of a certain generation.

I bring it up now because the vaccination debate in America has come to a boil.

Or I guess it’s more of a rash.

These anti-vaxxers are now the focus of bristling scorn. People want authorities to force them to vaccinate their children. They want to rescind their personal exemptions and ban them from mingling with our children. Stephen King’s probably writing a thriller about the eventual pandemonium right now.

I see all this and think, man, am I glad my wife and I listened to our pediatrician and not Jenny McCarthy.

Our first daughter was born in 2000 when the anti-vaxxer movement, led by McCarthy, the comely Playboy model, was just taking hold.

McCarthy was and still is adamant that vaccines caused her son’s autism and she used a widely read study to back her up. The study has since been withdrawn by its quack authors.

Back then she was everywhere taking up TV face time that would have otherwise been sucked up by men like Sanjay Gupta so that was a plus.

With this now-debunked study to back her up, she was very convincing.

Hers is the kind of heartfelt certainty that preys on all the fears new parents have for our dear little biology experiments. We all want to at least appear informed.

Still for Val and I, it really wasn’t that tough a call. I mean, I liked seeing the delicately airbrushed McCarthy in Playboy and I remember her being funny in a “My Name Is Earl” guest spot, but I put more faith in the diplomas on the wall of our small town baby doc.

The shots, by the way, remain a traumatic memory for me as they were the first real lies we told our kids.

I remember my tiny darlings lying prone on the examination table and smiling back up at me as I was cooing, “Yes! Yes! Baby’s going to be fine! Good baby!”

If I’d have been at all honest, I’d have presented a grave expression and said, “I’m not going to lie. What you’re about to experience will be your introduction to surprise pain in a world that will be full of it. So get ready to kiss your ass and your innocence goodbye. This is gonna hurt like hell!”

I take a back seat to no one in my skeptical bona fides concerning over-doctoring in America. Remember, it was just three months ago that I went for my first doctor’s appointment in 18 years (see first link).

But I can retain that skeptic’s narrow vision while still seeing the big picture.

In the summer of ’52 there were more than 59,000 cases of paralytic polio in all 48 states. Fear of a polio outbreak rivaled fears of a Soviet nuclear attack.

When even one highly-contagious polio case was reported, pools were closed and streets emptied. Cities became ghost towns. No one left the house for fear of contracting a disease that could paralyze or kill you or your children.

Its eradication is an honest-to-God miracle, one anti-vaxxers blithely take for granted.

It’s why I don’t think my parents hesitated for even an instant when told the smallpox vaccine would leave a permanent scar.

Reliable estimates say smallpox killed between 300-500 million during the 20th century with as many as 2 million people as recently as 1967. Ebola's killed about 8,600.

The world's last smallpox death was in 1977.

So consider me a healthy skeptic, a sensible alternative to all the unhealthy ones like McCarthy.

Alas, life eventually bestows us all with our share of scars.

The pity is the ones McCarthy now bears are the kind that can never be airbrushed away.

Email ThisBlogThis!Share to TwitterShare to FacebookShare to Pinterest
Labels: anti-vaxxer movement, are vaccines safe, Jenny McCarthy and autism, My Name is Earl, smart Playboy models, what are tiny circle scars on left arms