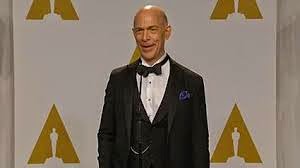 A friend of mine — he’s my old college roommate — texted me wondering if I was hosting an Oscar party and then made a derogatory remark about people who do.

I told him he was mistaken.

I was Oscar. He was Felix.

It’s odd to us fans of old sitcom classics that Oscars are presented to what seems like a room full of Felixes.

There are no slobs. They’re all fastidious and impeccably groomed. Even Jack Black looks tidy.

Oscar isn’t anything like Oscar Madison, to me the most famous Oscar since Oscar Meyer.

So it’s remake to the fourth power, a power which in TV terms only weakens the premise.

I enjoy seeing movies, but rarely feel compelled to watch the Oscars.

It was the same way last night. We tuned in and then took an hour-long zombie siesta while we watched “Walking Dead.” It was a good episode and introduced us to two new characters, both incidentally with Felix-like tendencies, who fear what they call “roamers.”

So a show that’s all about the zombie apocalypse is populated by characters who steadfastly refuse to call zombies zombies. They’re either “walkers,” “biters” or  “lurkers.” I’ve read the comic book series has alternatively called what are obviously zombies either “creepers,” “geeks,” “eaters,” “wanderers,” and — my favorite — “stinkers.”

I’d be fine with even that glaring discrepancy if just once for authenticity’s sake I heard some one lament, “Dang! I just stepped in a huge pile of stinker crap!”

But I saw enough of Oscar to, like the rest of country, make some snide and tart observations about the proceedings.

• First of all, J.K. Simmons is a dead ringer for the Oscar statue. It’s like they were separated at birth. “Whiplash” is right at the top of our list to see. Val and I have loved Simmons since he starred as a neo-Nazi in the gruesome HBO show, “Oz.” He was utterly horrific, but as compelling a character as any I’ve ever seen. The ovation he received for his win seemed so genuine. He’s either truly liked or his peers appreciate how this great actor has toiled so long in obscurity that many viewers probably just recognize him as the Farmers insurance guy.

• Despite his Scientology beliefs and his many personal eccentricities, I still find myself rooting for John Travolta. It was great seeing him make fun of himself with Idina Menzel. She’s a good sport, too. Travolta, after looking dead in the water four or five times, has been the recipient of just as many remarkable career comebacks. I hope he has one or two left in him.

• Neil Patrick Harris doesn’t have the chops to pull off Oscar hosting duties. He is to me too much of a light weight. The demanding role needs more heft. It needs someone who combines wit with gravity. Yes, it needs Brian Williams!

• I may have started a new tradition yesterday, one that I hope endures. Josie, 14, and I went to see an Oscar nominated picture. We saw “Selma.” Loved it. So with it fresh in my mind, I was really rooting for it to win anything. I’ll be writing about it on the Bloody Sunday 50th anniversary on March 7th. David Oyelowo gives a performance for the ages. It’s a fantastic film about the men and women who, to me, are among the most brave in all American history.  So, of course, I loved the John Legend and Common acceptance speech.

• I was surprised to learn yesterday that Lady GaGa is such an exceptional singer she doesn’t need to attire herself entirely in meat products to get attention.

• I’ve never watched them, but I think I’d much prefer watching a telecast of the Razzies to the Oscars.

• I wonder how many people acted on J.K. Simmons’s admonishment to call their mothers. I appreciate the sentiment, but didn’t call because I was fearful she’d tell me she was out of wine and toilet paper. She’s done that before.

• Val and I checked out “The Grand Budapest Hotel” a few months ago. I was positive I’d love it. I was wrong. I found it bewildering. Pretty, but bewildering — like Angelina Jolie! We bailed on it after about 30 minutes. We might have to give it another shot. Maybe I wasn’t paying enough attention, a common condition in these days when even sticklers like me watch some movies with our thumbs poised on our smart phones.

• Every time I see Benedict Cumberbatch on screen I’m mystified by his appeal. He looks oddly robotic, like you could peel the skin back and see a whirl of circuitry animating his face.

• And this will put me at odds with most men, but I much prefer Emily Blunt to Scarlett Johannson. I thought Scarlett looked terrible last night. Her hair cut looked like she’d borrowed it from Vanilla Ice. I was afraid they’d show a clip of Cumberbatch together with Johannson and it would ruin the whole night.

• I’ll stop here. If there’s one thing we don’t need is any more discussion of yet another odd couple.