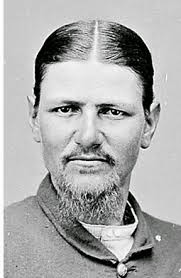 I don’t want the Patriots to win, but if they do I hope someone sneaks onto the field and replaces all the Gatorade with vats of boiling oil.

I tweeted that last week and an alarmed reader wrote that, gee, a guy as nice as I couldn’t possibly harbor such malicious thoughts.

The exchange shows there’s a growing gap between my on-line persona and the one that sneaks out when its animal instincts are provoked.

It’s like the title line from great Robert Earl Keen song, “I only use my guns whenever kindness fails.”

Mike Wilbon of ESPN, one of the few non-meathead network voices I respect, said the Patriots should have to forfeit the game. I think he was being hyperbolic, but I love it that serious commentators share my excessive hatred.

Others have said either Belichick or Tom Brady should be suspended.

That, too, seems extreme. Unlike the Patriots, most of us want to see a game where a fair-and-square winner is determined.

But if it is proven they are guilty of cheating — and sensible fans like me and the millions of others who root for the Pittsburgh Steelers and all that’s good and moral in the world — there needs to be some lasting consequence.

Here it is: the New England Patriots should be ordered to change their names.

So what would we call them?

The New England Cheaters? That’s too blunt and would alienate what is a strong fan base, albeit a misguided fan base that for the past 14 years has been cheering for cheaters anyway.

The New England Deflaters? That would likely inspire a slew of dandy mascots, but it wouldn’t sell jerseys and that’s what the NFL these days is all about.

You can think of pejorative options all day and not beat the one I hereby bestow.

Ladies and gentlemen, I present to you The Boston Corbetts!

This is so joyfully deft, so situationally perfect, it can’t be beat.

Well, he was for the first 26 years of his life.

Born Thomas P. Corbett in London in 1832, he eventually moved to Boston, where he became forever synonymous with the city he loved.

He severed them! With rusty scissors!

I’ve never examined the document, but I have to imagine Roger Goodell addresses the infraction in the NFL player code of conduct.

But let’s not get all snippy.

And because the two could not abide, he castrated himself to eliminate corporal temptation from his life. He eventually joined the Union Army which, I guess, was years away from implementing Don’t Ask/Don’t Tell.

The full story (first link) was for years my most popular post and it gives all the gory details. I expect it’ll enjoy a burst of popularity April 26, the 150th anniversary of the day Corbett killed Lincoln assassin John Wilkes Booth.

Now, Corbett had been ordered to not shoot Booth, but Corbett said he disobeyed because God told him to. And for this Corbett was hailed as a hero across the nation.

I’d love to see the reaction if Brady says that’s why he did it.

It’s looking like he and the Patriots are going to weasel out of any real punishment for what is looking more and more like a significant infraction.

And if that happens I propose another name change, this one for Roger Goodell and his precious shield he’s all about protecting.

It should be the National Eunuchs League.

Because if he doesn’t punish the Pats, Goodell will be the one without any balls.

Pro football’s a bore; here are five ways to save it