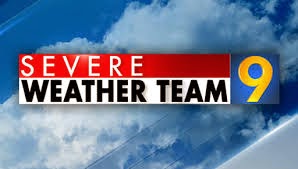 Any time I hear the morning meteorologist say outside there’s a blanket of snow atop a sheet of ice I instinctively feel like pulling the covers up and staying in bed the rest of the day..

It’s like the weatherman is phrasing the forecast to make getting up and getting dressed as unpleasant as possible.

The only thing today’s forecast is missing are reports of scattered slush pillows.

That’s what we here in Western Pennsylvania have today.

What we don’t have, at least in Latrobe, is a school delay.

Certainly, not a closing either. We haven’t had even one of those yet this year. That’s a pity.

I hope for selfish reasons we have one soon.

I urge you to follow my example and anytime the schools are closed for weather reasons you find a way to stay home, too.

Just say little Suzie has a cold or little Johnny caught the mumps. Or little Sidney!

The boss’ll let you slide, I’m sure.

And if you don’t have kids, you at least should try pretending you do.

For all the disruption they cause to your social life, your sex life, heck, your entire life, nothing beats saying you have a runny-nosed kid at home for getting out of anything you’d rather not do.

In fact, I’m surprised I didn’t think of that before the wife and I conceived actual kids. It would have saved us a whole lot of trouble.

But having kids, real or pretend, keeps you in touch with the vagaries of school closings and delays.

They rarely seem to make sense. Last week, Latrobe schools went through several delays because the temperature when the buses were scheduled to arrive was 2 degrees.

If you’re going to wait for actual warmth to start school then around here you’ll have to wait til the Fourth of July.

Today we’re surrounded by schools that have delays while our kids are all on-time.

We at our house have an annual wager to see who can predict the first school closing day. The girls optimistically picked weekdays in December. So they weren’t even close.

Me, I nearly nailed it by picking January 7. Val remains in the running with her January 16 selection and I’m letting the girls re-pick because it’s more fun to have a winner, even one that sort of cheats.

The stakes? If any of the girls win they get to select the meals and movies for the day.

If I win, I get obnoxious bragging rights and the opportunity to sit there and watch the movies they select and eat the meals they want.

I’ve never gotten over my affection for the surprise school closing.

Automated phone notices and day-before internet reports have leveled some of the excitement.

Me, I wish they’d only allowed to break the news either on radio or the TV crawl.

That way there’s a real Powerball thrill to finding out schools are closed. It’s like watching the numbers being drawn while you’re clutching the winning ticket.

For those of us prone to sloth, it’s hard to beat seeing it run through the Gs — Geibel, Gloworms Academy, Glen Montessori — until Greater Latrobe!

If the kids didn’t have to make up the missed days in summer, I’d like to find skimpy reasons for closing the schools at least once a week and always every single Monday.

Imagine how much more pleasant the world would be if everyone everywhere were told to stay home on Mondays, watch Muppet movies and subsist on Pop Tarts and popcorn.

The only excuse for leaving the house would be if you were running low on marshmallows for the hot cocoa.

I see only one drawback in being able to relish so many glorious, soul-enriching snow days.

Re-naming snow-bound Buffalo and other cities