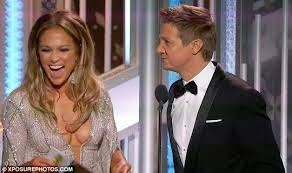 My wife and I are catching up on “Fargo,” so we didn’t watch the Golden Globes.

I’m resisting “Fargo” because every character is either a coward, a bully or a bore. I don’t like having to sit down and have lunch with cowards, bullies or bores, so why would I want to watch a show about their cruel little lives?

But “Fargo” is growing on me because “Fargo” is very violent and the victims of that sensational slaughter are uniformly cowards, bullies and bores. And that’s at least more entertaining than watching cheerful people getting stuffed down augered  holes in frozen lakes.

But I read all the news about the Golden Globes and parts of it make me sorry I missed it. I would have loved to have seen Michael Keaton’s acceptance speech. I hear it’d make me proud to be a Pittsburgher, one who shook Keaton’s hand in a toilet at the old Three Rivers Stadium (link below).

The only way that story could have been more perfectly Pittsburgh was if we were in that dank stall sharing a Primanti Bros. sandwich.

But I’m mostly sorry I missed it because I missed Jeremy Renner’s boob joke.

I love a good boob joke and Renner delivered a dandy.

Renner and Jennifer Lopez were presenting the award for Best Actor in a Television Mini-Series. The winner, by the way, was Billy Bob Thornton from  . . . “Fargo!”

He’s great in it, yes, but that still doesn’t mean I’d want to have lunch with his character. It’d be like dining with Satan.

Anyway, Renner was looking dapper in his tux and Lopez was looking luscious in a what one observer described as a “stunning Zuhair Murad gown with plunging neckline.”

I know nothing about Zuhair Murad, but now I’m instantly curious. First, I’d like to know if his name is pronounced ZOO-hair, which might go a long way in explaining why he designs dresses rather than coifs hair.

Heck, had their been an sudden updraft on the stage, the dress would have been within a whisker of being from the scandalous “Look-At-My-Whoops!” school.

In fact, there was really very little dress there at all. It was mostly all Lopez.

And it was magnificent. She’s beautiful. Plus, she seems fun and friendly and I admire that in pretty people because, as we’ve all seen, they can be mean and stupid and we’ll still adore them and shower them with riches and fame.

So Renner and Lopez read their artificial blah-blah cue card banter and then Renner surprised the world with a rare burst of authentic wit.

He handed the winning Golden Globe envelope to Lopez for her to open. She said, “You want me to do it? I have the nails.”

To which Renner ad libbed: “You’ve got the globes, too.”

The only way it could have been more perfect is if Renner had delivered the line with a Groucho Marx leer.

This, according to news reports, set the Twittersphere on fire. Renner was called a creep and a pervert. It got so bad, Renner posted a defensive tweet: “A reminder not to take this shit so seriously,” he wrote. “Thanks, Jennifer. You’re a gem.”

Lopez, to her credit, laughed like she thought it was funny, too.

The whole episode dismays me because great wit should never be holstered. It should be at liberty to soar at even the most slight provocation, whether silly or risque.

Renner, 44, is an interesting guy. We loved him in the third “Mission Impossible” and especially in “American Hustle” and “The Town,” the great ’10 Ben Affleck flick about career bank robbers.

Now, it turns out his greatest role may have been that he’s been acting like a heterosexual. His wife, Sonni Pacheco, is divorcing him on the suspicious-sounding grounds of “fraud,” and now National Enquirer is outing him as gay, something that’s been rumored for years.

It’s surprising because he’s an actor in Hollywood. Being known as gay there hasn’t exactly been an historic hindrance to career advancement.

So I hope he works it all out and enjoys a long and interesting career and that he feels free to pop off with a witty zinger anytime one sails into his noodle.

Because the guy’s funny.

It’s as plain as the nose on my face.

Or as plain as the globes on J-Lo when she’s dressed in nothing but Zuhair.

How real men like Michael Keaton (and me) shake hands