My Saturday speech? A surprising sell out 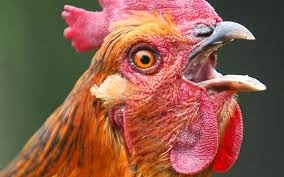 I had my best speaking engagement this weekend if for no other reason I’ll now know where to go if my wife ever changes the locks for a laundry list of reasons, not the least of which being her desire to reduce the time she spends doing laundry.

The sensational YouTube clips of me speaking or joking around about speaking are starting to stir interest in people who book speakers.

One of these interests asked me to forward a list of all my speaking engagements from the past year. There were more than 30 of them.

The crowds ranged from 250 at West Virginia University to absolute zero at the venerable Carnegie Library in Oakland.

The link is below, but I’ll share one anecdote from that humiliation, one that was so thorough I found it perversely enjoyable.

The organizer apologized profusely saying she couldn’t understand why no one had shown up. “Why,” she said, “last week’s speaker drew an enthusiastic crowd of more than 60 people.”

I thought of that embarrassment when I walked into Leo & Sons Grille 31 in Mt. Pleasant and saw where I’d be speaking. It was fraught with pitfalls.

Now, we love Leo’s. It has great food, bountiful salad bar, and a conventional drinker’s bar with bit windows looking out on Main Street. It’s a fantastic place for a drink and a bite to eat. But a lousy place to hear a guy like me shouting about the benefits of using all the crayons.

And shout I did.

I had to. The acoustics were terrible. Music was playing over the speaker system — at one point I realized I was competing with The Stones’s “Satisfaction” — and my audience was from a demographic known to struggle with hearing.

They were the local Women’s Saturday Afternoon Club, a more than 100-year-old social organization dedicated to celebrating the joys of learning. Many of the members were elderly.

But that wasn’t all.

In addition, there were about a dozen disinterested people in the bar area. There were couples, families with kids, and buddies out to watch college basketball. No one in history has ever said, “Hey, let’s go to that friendly corner tavern and grab a bite. If we’re lucky, maybe some guy will be there trying to sell us his self-help book!”

All the elements were there for everyone to tune me out, or for me to go diva and take a pouty hike.

Here’s what I did: I instantly chucked my usual speech, the one with so many heart-warming anecdotes. I decided instead to ignore the audience that paid for me to be there and address the ones who were pissed that I was even there at all.

I just told joke after joke. I tried to fill the room with laughter.

I don’t think the extemporaneous speech I gave is nearly as good as the one I usually give, but I learned when the situation demands just being funny is enough.

Because those dear ladies just loved me.

They laughed at all my jokes, stayed fully attentive and surprised me at the end with a wonderful ovation.

Then they lined up to buy books.

And I sold out. The last person in line got the last book. Twenty books, gone like that.

Even better was the complimentary reaction. They said they loved my speech and I was one of the better speakers they’ve ever had. Many bought multiple copies, took business cards and said more sales and speaking opportunities were in store.

Best of all, the bartender said I was a hit. “We thought you were going to be a bore. But you’re a real hoot. Very funny.”

It was all very satisfying.

And now I’m grateful a guy who got shown up by expert home-chicken raiser didn’t lay an egg.