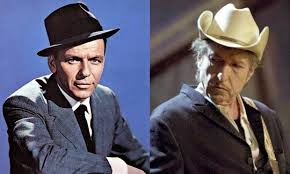 It was probably about 15 years ago when my wife asked the question every wife with access to Lifetime network movies eventually gets around to asking her husband:

If I die, will you remarry?

Her question prompted one of my own: how much would my answer factor into her eagerness to haunt me in her afterlife?

She said not at all. And I believe her because I’m pretty sure even basic cable in heaven includes Lifetime so she and other spousal begrudged wives will be content for eternity.

I told her I doubted it. I told her securing a future she’d want for our daughters would be my priority. And bringing the kind of woman I’d want for my second wife — a real hard-drinking floozy — would be disruptive to that primary goal.

“Besides,” I said, “I wouldn’t want to have to explain Bob Dylan all over again to another woman.”

It probably took a good 15 years to get my wife to appreciate Bob Dylan, and by “appreciate” I mean to not reflexively dry heave when some of his music comes on.

I tell everyone they don’t have to like Bob Dylan, but they do have to appreciate why so many of us think he’s wonderful.

That task, I believe, will become almost insurmountably more difficult in the next week when Dylan releases an interpretive album of old Frank Sinatra songs. Having to describe anything involving pop culture with the word “interpretive” means your work’s cut out for you.

I get it, too. I used to be on the other side of the bright Dylan divide. But, finally, some good friends whose tastes I trusted introduced me to his genius.

Their names were Nelson, Otis, Lefty and Charlie T. Wilbury.

Yes, The Traveling Wilburys. Dylan’s contributions to those indelibly fun records opened my ears. He had a fun, playful side I’d never detected, one that to me was most fully expressed in his delightful “Theme Time Radio” show that ran on Sirius XM Radio from 2006-2009.

I think he’s easier to appreciate if you think he doesn’t take himself as seriously as the rest of us do.

Then in 1997, he released the critically acclaimed “Time Out of Mind.” It’s fantastic. And still relevant.

Just ask my 14-year-old. Her very favorite song of the moment’s on there.

Now, I’ve written many times about my eagerness to brainwash my daughters on the kind of rock I think is important. But Dylan’s too high a hurdle. The ears of any child that’s been raised on Radio Disney are just too resistant to grit, even great grit.

But I never fail to point out his monumental impact. It’s to American music what the Constitution is to our laws, a guiding charter.

So when she came waltzing into the living room singing, “I know you haven’t made your mind up yet . . .” I immediately followed up with, “but I could never do you wrong!”

She couldn’t believe I knew the words to her favorite chart topper by Adele.

“That’s Bob Dylan,” I said, and played her the original. She’s beginning to understand. Her curiosity is piqued.

Now, with any other artist, the next step would be to take her to see him live.

Not Dylan, 73. Never. He remains one of those rare artists whose shows are so erratic they can alienate even devout fans.

I heard comedian Norm McDonald tell a great story about how bizarre Dylan can be live, something I’ve witnessed about a dozen times.

MacDonald said Dylan was about six songs into his set, marked by unintelligible mumbling, when he noticed the Beatle in the front row.

When he was done he said something I’ve never heard Dylan doing before or since: He took a request. He asked Ringo what song he wanted to hear.

Ringo, pleased, said, “How about ‘Tangled up in Blue?’”

The title caused Dylan to glare. He then spoke with what MacDonald said was absolute clarity.

“We already played that one.”

Will I get Dylan’s new “Shadows in the Night” album?

But I’m going to make sure my first few listens are in broad daylight.

Something about the idea of Dylan doing Sinatra makes me think it would be even stranger in the night.