Created in His image: Thoughts on Charlie 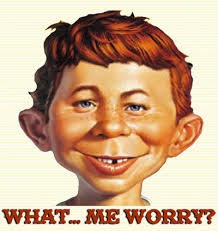 My two favorite religious expressions aren’t in the Bible and will probably strike many believers as blasphemous.

“Question with boldness even the existence of a god; because if there be one, he must more approve the homage of reason, than that of blindfolded fear.”

That’s from Thomas Jefferson, the American genius from what is known as “The Age of Reason.”

It, to me, is the perfect distillation of what I believe in a God who we’re told created us in His own image.

My second favorite relates not to our existentialism, but His.

“I believe God created heaven and earth. What I really want to know is who or what created God.”

That one’s from a grocery store butcher from Punxsutawney, home of Groundhog Phil. The butcher was my late grandfather and his wonder proves to me that genius doesn’t always wind up enshrined in marble monuments along the Tidal Basin.

I’ve spent most of my life believing there was one God and that there were fine distinctions between the religions that will one day be reconciled in the holy afterlife.

Now, I’m beginning to believe there are at least two Gods, that they’re brothers and  that they hate each other.

And that they’re probably Irish.

That would fit with what singer Tom Waits speculates in “Heart Attack and Vine,” in which he sings, “There ain’t no devil, it’s just God when He’s drunk.”

This is the point at which I’d like to cite another genius thinker, but I’m just not sold on the sentiment.

I just feel incredibly sad that one of the world’s dominant religions spawns so many lethal fanatics who think their God will reward them for killing cartoonists.

They make our Christian fanatics from the Westboro Baptist Church seem like a Mickey Mouse operation.

Let’s get this straight. The appropriate reaction to a cartoonist who’s drawn something offensive isn’t murder. You don’t kill a cartoonist.

You give him a wedgie.

I’ve for almost 15 years now been predicting we’d eventually reach a series of turning points in the rising hostilities between the Muslim and Christian religions.

And I’ve been correct.

Because the Charlie Hebron massacre isn’t an aberration. In fact, it’s in the Muslim playbook.

Remember, this is the second attack on the cartoonists. The first was in 2011.

As a Jeffersonian deist, it bewilders me that any one believes in a God so sensitive that He would punish His creation for using His greatest gift — the ability to wonder, to create, to think — in sizing up what it’s all about.

It’s not unreasonable to question the omnipotence of a god who would bestow us with the ability to reason and then shackle us to so much willful ignorance.

So now instead of isolated pockets of pencil-wielding infidels, we have a world united in mocking something many hold dear.

It’s why May 20 will mark the fifth annual, “Everybody Draw Mohammed Day.” It’s the brainchild of Seattle cartoonist Molly Norris in reaction to death threats against South Park creators for their raucous depiction of the prophet.

And it doesn’t take a real prophet to see what’s coming; a deluge of irreverent sacrilegious drawings.

The assassins killed 12 and created 12 million who’ll take their place.

God created a void when He created us in what the holy books say is His own image.

It’s only natural to fill it with our god-given imaginations.

We’re taught in Sunday school to believe He’s a loving father. I see little evidence of that in today’s headlines.

In my mind, He’s a war-like God, one with a bloodlust for conflict and a cruel indifference to the suffering and injustice that afflicts so many of His children.

I’m beginning to believe this because I believe, indeed, we must have been made in His image.

So it only stands to reason.

How come there isn’t a Mrs. God?

Email ThisBlogThis!Share to TwitterShare to FacebookShare to Pinterest
Labels: Everybody Draw Mohammed Day, Groundhog Phil and God, Je suis Charlie, Jefferson quotes on God, The Age of Reason, Tom Waits on God, Westboro Baptist Church, what is a deist, Who created God