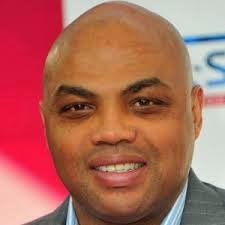 (677 words)
The good news for the NFL this week is that for now feckless commissioner Roger Goodell is no longer the media whipping boy.

The bad news is the media are focusing on NFL star Adrian Peterson and the boy he whipped.

Peterson admitted to using a tree branch to whip his 4-year-old son so hard that it left open wounds all over the boy’s legs, butt and scrotum. You may have seen pictures of the scars.

Well, of the physical scars.

The psychological ones sure to come from having someone you love terrorize you might not emerge for years.

My first reaction, of course, is distress. I can’t imagine anything a 4 year old would do to deserve such a beating (Peterson says he pushed his sibling off from a video game control panel).

But anyone familiar with the daily news is numb to that kind of brutality against children.

What is news to me, however, is how much support there is for the 6-foot-1, 217-pound, locomotive who beat the boy.

“Spare the rod, spoil the child,” they say, citing the Biblical justification for more wanton violence against innocents than any six words in history.

They’re saying this is okay. It’s a way of life.

This from Charles Barkley: “Whipping — we do that all the time. Every black parent in the South is going to be in jail under those circumstances.”

Well, then we either need to change or build bigger jails because it’s impossible to justify what Peterson did to his son.

I’m surprised to hear a black man from the South defend a peculiar institution that looks to the rest of the civilized world like something barbaric. Because he sounds just like the white Dixie politicians who used to defend slavery and Jim Crow laws and all the quaint Southern customs that led to lynchings.

This is just the way things are.

I like Barkley and consider him thoughtful, if bombastically so.

But if he thinks Peterson shouldn’t go to jail for this, then he’s blind to a culture that needs to change.

He makes the good point that me, someone who grew up a privileged white guy in a nice neighborhood, shouldn’t judge Peterson, a kid who like many young black men, had to dodge the odds that said he’d either wind up dead or in jail.

Peterson’s father, an outstanding athlete in his own right, dreamed of playing in the NBA. Those dreams were derailed when a gun his brother was cleaning discharged into his leg.

My father dreamed of playing golf at Pebble Beach. And in 1985 he did.

When he was 13, Peterson’s father was jailed for laundering money for a local crack cocaine ring.

When I was 13, my father used to drive the car loaded with heavy stacks of Sunday newspapers so we could finish in time to go golfing where Dad would always win.

My father beat me at golf.

His father beat him with a switch.

Of course, maybe Barkley’s right. Maybe if my Dad have ever beaten me even once I’d have become more accomplished, more disciplined. More like Peterson, whose last contract was for $96 million.

So part of me sees the point Barkley’s trying to make.

Barkley says without the beatings he wouldn’t be where he is today.

Statistically, he’s one of the lucky ones — black men who’ve played professional sports and gone onto lucrative broadcasting careers. Many more turn out like Peterson’s father.

So savage beatings like the one Peterson gave his son may have worked out for Barkley.

To his credit, blowhard ESPN yapper Cris Carter said in an emotional interview that his mother was wrong to beat him and that the beatings have to stop.

No one can argue that cycles of violence and poverty are particularly crushing to the demographics Barkley so cavalierly defends.

So we can all see what tough love can do.

Maybe it’s time we encourage one another to try it with just a little less tough and a little more love.

The Baltimore Rays and NFL’s on-going disgrace
Posted by Chris Rodell at 11:55 AM