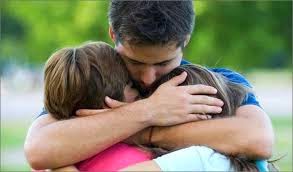 (1,010 words)
I finally, after years of awkward fuming, figured out what to say to a parent who’s abusing a child in public.

I only wish I had the power to send abusive parents to jail.

Or straight to hell, really.

I must not have been paying attention when parents were told it was okay to physically and verbally abuse children, usually 10 and under, in the malls, grocery stores and places known for family fun.

We buy family passes to Idlewild amusement park because it’s just 7 miles from home and is perfectly fun and charming.

Having the family passes mean we can go on a sunny day whim and not feel the stressful obligation to get our money’s worth out of the pricer day pass. That’s why one afternoon a few weeks ago Lucy, 8, and I decided, hey, let’s just the two of us go for dinner and a stroll at Idlewild.

But I don’t think I want to buy family passes next year.

In fact, I don’t want to go back until I can afford to buy the whole park. That way I could keep out anyone who’s mean to children.

It’s a tricky situation for polite people when they see a parent give a kid a really good whack in public.

Is it really any of our business? Is one smack abuse or just old school discipline? Is two? Three?

Many people believe our children are under-disciplined, that we’ve spared too many rods on too many children, incidentally, the Biblical justification for more wanton violence against innocents than any six words in the history of mankind.

I wonder if that’s what an overwrought young mother was thinking when she grabbed her screaming 3 year old by the arm and give him a sharp slap across the face.

I know at moments like this we’re supposed to pause and ask what Jesus would do, but I reflexively found myself wishing I’d had the instincts of more secular gods.

I’d need one guy to secure the area, one to spirit the kid and his three brothers and sisters to safe location and two to chopper the parents to an undisclosed dark site for extensive waterboarding.

Sadly, that wasn’t the worst episode me and my shy, sweet little daughter witnessed at Idlewild.

That’s be the one involving Parker and the disputed chicken nugget.

Again, I understand the stresses of parenting and that we all have our triggers. But no one should ever mistreat a child over processed chicken parts.

But that’s what happened to poor little Parker. I guess he’s about 6.

His mother, is either about 35 or 22. There were two adult women at the picnic table. The quiet, cowed one was about 22. The loud mean one was about 35.

She was either the mother, grandmother or maybe a really crabby aunt. It’s difficult to tell anymore because so many American family trees are all forked up.

At the table were were three other young children and not a father in site. I’m guessing he was either in jail or in some bar rejoicing about being away from that big mean bitch.

They’d had a tough day. There was no joy amongst them, only a misery so dense it smothered a place people have been going to enjoy since 1878.

The tough babe grabbed Parker by the shoulder and shoved him onto the bench. He wailed.

“I’m sick and tired of your crying!” she screamed, leading Parker to cry even more loudly. “And you’re not getting one single chicken nugget! They’re mine! Mine!”

A torrent of stinging insults followed. Her words were more brutal than a fist. In my mind she’d turned into Doug Niedermeyer, the ROTC bully from “Animal House.” She was saying poor little Parker was worthless and weak.

I looked at Lucy and saw she was dumbfounded. She was seeing something that was not in her realm of experience, something that needed explaining. I gathered myself and said, “Don’t worry about Parker. One day he’s going to do plenty of things that’ll make her more miserable than she’s ever made him.”

The notion led me to what I think is the perfect thing to say to a man or woman who’s abusing a child in public. It’s a threat posing as a question:

“Aren’t you worried that by treating him like this now he’ll one day kill you in your sleep?”

That kind of thing happens all the time. And by saying it aloud in front of Parker, it’d maybe give him some ideas. It might even for a moment give an abusive parent pause to think about consequences.

Because Parker’s not going to be little for long. He didn’t get the chicken nugget, but he’s going to grow.

Of course, I kept my mouth shut.

My question, even asked with honest innocence, would likely have caused the woman to explode at me. I’m sure I could have outrun her, but little Lucy is not as fleet of foot and I fear the beast would have snagged and eaten her — right after slathering her in honey mustard.

But I do hope to use that line someday in the same situation.

I can’t send abusive parents to jail or hell and I’d likely do time if I got into a fight with a woman like that, not to mention endure the embarrassment of getting my ass kicked.

So I did what I could. I said a little prayer that Parker would one day overcome the challenges of growing up in such a hateful environment.

And I, as I do every night, told my darling daughters that they are loved and they are beautiful. And I told Lucy she can eat chicken nuggets till her little heart desires or, I guess if you believe nutrition warning labels, stops beating.

To hell with the Old Testament.

Yes! Trophies for all the kiddies