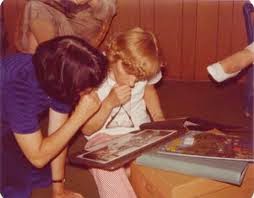 It’s my very favorite kind of fact because it’s dramatic, easy to remember and absolutely impossible to factually verify.

But it stands to reason.

As recently as 1976, Kodak commanded 90 percent of the film sales and 85 percent of camera sales.

It was one of America’s most innovative companies. Based in Rochester, N.Y., its geniuses in 1975 developed the first of its kind digital camera. It was considered a major breakthrough, a game changer.

But the company quickly dropped the idea for fear it would threaten Kodak’s core business: the sale of photographic film.

It’s a case of insight being ambushed by insight.

You know what happened.

Today everyone has a digital camera either in their pocket or extended a foot or so in front of their face.

Today we’re all shutterbugs, that is assuming our smart phones even have shutters. There is no film, no finite number of shots, no little yellow FotoHuts in every mall parking lot.

It’s a still surprising development to those who thought that some developing would never cease.

I was thinking of all this when my nephew and his girlfriend came up to visit over the summer. The trip included a surprise stop at Nana’s where there was much rejoicing.

It was what we used to call a “Kodak moment,” a sentimental point in time that had to be preserved photographically.

That’s how big Kodak used to be. It was one of the world’s only conglomerates so beloved it was capable of generating warm and fuzzy feelings wherever loving humans gathered — not to be confused with a Polaroid moment.

Kodak, by the way, is an arbitrary word made up by George Eastman for trademark purposes. I’ll bet there’s more to the story and I’d call the Kodak offices to learn what it is, but it might be difficult to get someone to answer the phone.

If this sounds like I’m nostalgic for Kodak, I am not.

But I am nostalgic for Kodak moments.

I try not to be too profligate with my smart phone camera, but I do document all the special moments a father enjoys over a summer with his family. My phone has bunches from the beach, ballgames, parks and gatherings with friends.

The problem is most of them will never be free of the phone and that’s a terrible forum for looking at something so heirloom sentimental.

I think it began getting to me when I later asked my nephew what they did all night at Nana’s after we’d left.

“Oh, it was great!” he said. “We just spent hours and hours going through old scrapbooks.”

I conjured an image of the three of them sitting on the couch thumbing through page after page of fading old photos.

We’re very good at taking pictures, but we’ve become lousy at making them.

Scrapbooks full of pictures used to be the first thing you’d grab if the house ever caught on fire. The rise of our devices has diminished the urge to preserve something special and I’ve begun feeling like I’m doing my daughters an historic disservice by not having more scrapbooks for them.

Val excelled at that for a few years when the kids were still kids. But they were very homespun crafty sorts of scrapbooks. They were very time consuming, a tremendous hassle to make and maintain.

I wouldn’t dream of going to that sort of trouble. But I think I’m going to invest about $200 in some cheap digital printer. I hear Kodak makes some good ones.

But I’m looking forward to a winter weekend where I can sit in the basement with a nice fire, a game on the TV and a big messy stack of snapshots from the best days of our lives.

I’ll just stick them all in a big old ringed binder. No captions. No IDs.

Can you picture a guy like me doing that?

It’s the kind of Kodak moment the remaining men and women in the lonely Rochester headquarters will truly appreciate.

In a world awash in pictures, Kodak not the only bankruptcy