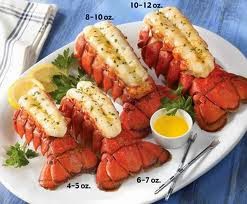 (996 words)
I have no fear of dying as long as it doesn’t have to hurt. I want my demise to be so rapid I never even see it coming.

That’s why I contend it’s entirely possible to die peacefully in your sleep of multiple gunshot wounds.

And while I have no fear of death I absolutely dread the idea I might either die hungry or with a belly full of pedestrian crap.

I cherish good food so much I’ve always eaten like my next meal might be my last. This awareness is becoming more acute as I ascend the actuarial tables.

I’m 51 and every day the obituaries, which I read with morbid enthusiasm, are filled with death notices of men either my age or younger. I wonder how many of them will be buried with undigested Hot Pockets crammed in their colons.

Too many people confuse food with fuel, something they consume to merely sustain life.

I contend if that’s the way you think then you’re not really living at all.

Every single bite of every single meal should be a celebration, something to be savored.

That doesn’t mean it has to be fancy. A simple sandwich if done properly can be as delightful as a seven-course meal.

That, of course, is the ideal. We have children, ages 13 and 8, and they’re both involved in swimming, an activity so time-consuming that proper meals are often  impossible. On nights like that, I’ll hit the drive-thru — usually Arby’s — and drop a roast beef sandwich on my growling belly. It’s not bad, but it to me represents a lost opportunity.

If I’d have had the time, I’d have sautéed some barbecue Cajun shrimp like the way they do at Pascal Manale’s on Napoleon Ave. in New Orleans. Or maybe tossed a thick Delmonico steak sprinkled with Montreal seasoning on the grill.

The dinners are great, and I love a big breakfast, but my favorite meals of all time are the 3-hour lunches with Val or some friends and two or three bottles of wine.

It’s life the way it’s meant to be. So you can see, I’m not a man who likes to compromise when it comes to my meals. They should be sumptuous, savory and slow.

Top it off with some golf or some sex with the tipsy missus and you’ve got all the ingredients for a really great day.

I mention all this here because I want to confess that my insistence on eating well is leading me to sinful behavior —  well, behavior more sinful than the obvious slothful gluttony.

It’s because I’m doing so many speaking engagements and they always include a meal. The food is rarely up to my refined standards.

I mean, just try and find a church cafeteria that serves an ’07 Chateau St. Jean Merlot, anything even a step above the sacramental swill.

But the people are so nice I’d feel sheepish saying, “Your chicken has the consistency of a Bridgestone farm tractor tire and the sauce tastes like something scraped from the tread. It’s a good thing people come here for soulful salvation because anyone here for a satisfying meal hasn’t got a prayer.”

It would be the height of rudeness.

So what I do is usually have some salad and say I’d previously agreed to take my mother to Hoss’s for dinner. Then I stop at one of the 20 great restaurants I passed on the way and have an agreeable meal at the bar.

Given all that, it’s obvious I’m the kind of guy who’s fascinated by the tradition of the condemned man’s last meal. After decades of prison food, the last meal might make it all worth while.

Yes, I’m such a cheerful optimist I can find a silver lining even on death row.

Do even a little research and you’ll see the menu reflects the entire spectrum of the American palette. There’s steak, king crab, ice cream, KFC, White Castle sliders, apple sauce — you name it.

Me, I’d probably go with fresh lobster tails, so if I’m ever going to get caught killing anyone I’m driving him at gun point to Maine first.

There’s even some doomed to die who’ve ordered vegetarian options, and you have to be a really committed to healthy living to have that be your last meal before your scheduled sit-down with Ol’ Sparky.

Incredibly, his Texas jailers delivered the meal just as requested and were understandably furious when he said he wasn’t hungry.

It was convenient for all that they already felt like killing him anyway and they were all in Texas.

It’s a funny story and would be funnier if you didn’t know he was convicted in the 1998 dragging death of a black man. He’s hungry in Hell, for sure, right now.

On the other end of the spectrum is the request of Odell Barnes, 31, who was convicted and executed on evidence so flimsy that he remains a poster boy for the unjust application of the death sentence in America. He was in March 2000 executed in — where else? — Texas.

What did he want the warden to provide for his last meal?

As much as I admire the sentiment, I’d have to stick with the lobster tails.