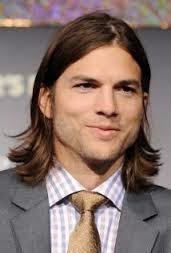 Here’s are 30 8days2amish tweets from what I consider my strongest month since November. See if you can guess my favorite (answer at the end).

• Can anyone explain to me how The Weather Channel let a reporter named Hanna Storm get away?

• I may not be the best father in the world but I never said, “I have a good idea! Let’s let The Stooges babysit the kids!”

• I haven't researched it but if there isn't a rapper who calls his bad self Sir Real there ought to be.

• Enjoyed seeing "Dawn of Planet of Apes" with my wife, but think it would have been more interesting if I'd seen it with Jane Goodall.

• Daughter, 8, surprised me by saying she dreams of going to Amsterdam. Why?She said she thot it'd be cute. She thot it was Hamsterdam.

• Workplace banter is to be encouraged, but I wouldn’t want to be a seamstress when the co-workers decide it's time to needle one another.

• I plan on devoting tomorrow to conducting comprehensive study on marketing breath mints. I'll call it, "The Tactics of Tic Tacs."

• It would be delicious news to ironic historians if for her last meal Joan of Arc requested steak.

• I’ve always found the idea of crying over spilt milk incomprehensible, but I still weep inconsolably over recollection of dropped bourbon.

• For a guy who became famous singing "Born To Run," I'll wager Bruce Springsteen doesn't even own a pair track shoes.

• Because you never hear of the word gist by itself (“Gimme gist.”), I’ll from now on spell it thegist. That’s thegist of today’s lesson.

• Question: Which would appear more odd, you with your dog's nose or your dog with yours?

• Ham radios will regain their popularity once manufacturers conceive a way to construct them out of hams.

• I wonder how much money I could make if I told people I could sell ‘em skinny pills and sold ‘em bottles full of pills with really slim waists.

•I wonder what God says when Jesus sneezes.

I like the one about net worth of net owners, the balls of jugglers and and ham radios made out of hams, but I have to go with “The Tactics of Tic Tacs.” That came to me and I liked it so much I took the rest of the day off.

January ’13 tweets of the month
Posted by Chris Rodell at 6:37 AM

Email ThisBlogThis!Share to TwitterShare to FacebookShare to Pinterest
Labels: 8Days2Amish, Ashton kutchers best tweets, funny tweets, how to write great tweets, who has the best tweets