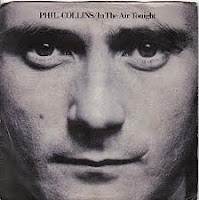 I imagine one day soon it’ll be like a switch is flipped and my daughter is going to tell me to get out of her face.

Who could blame her? Nearly everything my youngest and I say to one another is from a distance of about six inches, well inside the traditional boundary respecting personal space.

She’s perfectly cuddly. She has long eyelashes, perfect skin and big brown eyes warm and inviting as a cup of steaming cappuccino. Except for first thing in the morning where she has the death breath, her every exhalation recalls fresh baked cookies.

She’s at the age when children who have no real grasp of basic math are somehow adept at understanding one fraction.

Me, I’m 48 and 9/10. My eyes are bloodshot and my breath often recalls Milwaukee. From six inches, my pores look like facial kiddie pools.

Yet, our nearly every conversation comes at a distance which would cause any other two people to instinctively recoil from one another. And she’s fine with that.

Part of it comes from the compulsory affection I impose. If she asks me to do any little favor -- pour her some cereal -- I’ll arbitrarily sing out, “Eight and 12!”

She knows that means she must crawl up onto my lap and gives me eight kisses and 12 hugs, counting each out one by one.

Then I imprison her with hugs for the next five minutes. I ask her about kindergarten, her classmates and if she thinks one day the dog will learn to talk.

And the whole conversation takes place practically nose to nose.

It’s such a unique relationship, one I couldn’t duplicate with anyone else, not her older sister and certainly not her mother.

Like if Val said, geez, can you finally get around to re-tiling the bathroom floor, I might shout, “Two and three!” I know she’d respond with sarcastic scorn because she’d know I wouldn’t be talking about hugs and kisses.

Either way, that floor’s not getting done ‘til at least the Fourth of July.

So I’m going to enjoy this playful intimacy with Lucy while I can because I know one day she’s going to start to feel about me the way I felt about Phil Collins.

With me and rock stars, it’s rarely complicated. I either like them or not.

But Phil Collins has always troubled me.

It started in the 1980s when he released a series of about four strong solo albums and was the de facto face of mega-band Genesis.

But unlike Tom Petty, Bruce Springsteen or Mick Jagger, he seemed to mope through rock stardom. His utter lack of swagger turned me off. He’d write an album of sappy ballads and say it was about his latest divorce when he could have easily written an upbeat collection about his newest mistress.

Worse, in a day when album cover art was something that mattered, all his solo albums featured facial close-ups so extreme you could detect without magnification the unevenness of that morning’s shave.

It was appalling. One I could maybe see. But four? It would have been one thing if it had been Olivia Newton John, but not Phil Collins.

He significantly faded over the past decade until he issued a surly retirement notice last year, saying, “"It's hardly surprising that people grew to hate me. I know people are sick of me.”

I imagine I’ll say something along those lines to my daughter when she realizes she can get up and pour her own damn cereal.

But what if it doesn’t? What if she and I share a special bond that endures through even the tumultuous dad-hating teen years?

Phil Collins would probably say that’s against all odds. He’d be right and one day I’ll have to face the music.

And when I do, I promise it’ll come from a distance respecting its personal space.