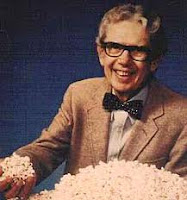 Usually by this point in the winter I’ll already have posted three or four I-hate-winter screeds.

The theme is shoveling snow sucks, all snowmen are abominable and that people who enjoy being outside in sub-freezing weather don’t have the good sense God gives a cow.

That’s why I was struck by an alien emotion this morning. I woke up sad it hadn’t snowed.

It started around dinner last night. The day had been pleasant and moderate, much as this whole winter. I’ve had to shovel just twice. As recounted in this winter-blasting howl, I shoveled at least twice a day for three weeks straight in the record snow-hell of February 2010.

Then one of the kids looked out the window and exalted, “It’s snowing!”

Was it ever. We’d gotten an inch in the hour since the sun had gone down. And it was snowing like we’d be buried by dawn.

That seemed to promise one thing: Snow day!

If there’s one thing I love about winter, it’s the school-sanctioned laziness of the snow day.

It’s probably not like that for most employed folks who consider it an inconvenient disruption of their busy, productive lives.

But they’re mostly Type A bullies who won’t let acts of nature deter them from endless money-making missions.

I must be something like a Type P person.

I’ve never forgotten the juvenile euphoria of huddling around the radio to hear Jack Bogut on KDKA announce -- yippee! -- no tests or teachers that day. It was like a surprise parole for the wrongly convicted.

I’m of the mind that when the wise men and women who run the schools decide it’s too dangerous to run the buses, it should mean every thing in the whole district closes until at least noon.

It should be like martial law. The only people permitted to drive are operating snow ploughs or are responsible for making pizza or ensuring the state liquor stores are open and stocked.

Then the roads could be declared safe around noon for desperate pilgrims in need of the aforementioned essentials.

My daughters were crushed this morning there was no snow day, especially the sad little kindergartner.

The poor kid’s never had a snow day.

This is the first year Greater Latrobe has had full-day kindergarten. We can argue about whether this will put our kindergartners on equal footing with kindergartners in totalitarian countries that impose things like year-round school.

I’m dubious of the benefits, but who am I to say?

Maybe one day I’ll rejoice that my daughter had twice as much kindergarten as her Daddy. That means twice as many cookies, twice as much nap time and twice as much time gazing around the room to see which kids eat their boogers and which ones just wipe them on the desk.

Yet, with all that elementary education, I understand it’ll fall to me to home-school her in one realm at which I’ve always excelled -- the art of the well-deployed hookie day.

So one day if the weather doesn’t cooperate, we’re going to be like the indoor ski resorts I hear about in places like Dubai. We’re going to have an artificial snow day.

We’ll pretend there’s two-feet of snow outside and get the fireplace cooking right along with the Poptarts. We’ll watch “The Three Stooges,” “Finding Nemo,” and seasons 1 through 4 of “3rd Rock From the Sun.”

We’ll simmer some soup, pop some Orville Redenbacher and stay snug in our jammies clear through the hot dog dinner.

We could all benefit from some Mother Nature imposed down time, a little stretch where the roads are impassable, the lines are down and there’s no one there to tell us to sit up straight or risk missing recess.

Please stay tuned to this blog for frequent weather updates and reminders that you’re working too hard.