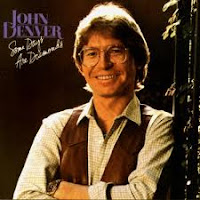 One day after my daughter had a bad day, I started out having one of my own.

Understand, her day was way worse than mine. She’s 11 and must endure the daily repressions of compulsory primary education.

I’m 48, work above a tavern, and no one tells me what to do. More on that later.

She hadn’t felt well and a teacher had scolded her for being tardy with some classroom duties.

She came home, went straight to her room and closed the door. It was rare dark behavior from a girl so sunny her classmates call her “Smiley.”

Luckily, she has a Daddy who’ll move heaven and earth to make her feel better. Her mother was out last night with our youngest, the one so moody I’m convinced her classmates will call her “Stormy.”

So it was just me and Josie.

After about a half hour, I slid a note under her door: “Some days are diamonds. Some days are stones. Let’s talk if you feel like it.” It had crudely drawn smiley faces and frowns where they belonged.

That diamonds and stones part is a memorable line from an old John Denver song I’ve otherwise forgotten.

I guess we need the contrast to appreciate the good days and shake our lethargies on the bad.

She came out and in two hours I found myself wishing she has what she considers a bad day once a month.

She baked some snickerdoodles and I cooked up a noodle and Italian clam sauce dish we both find tasty. She’s still open-minded enough to enjoy two uninterrupted hours of Bruce Springsteen on the satellite radio.

We talked about so much: her friends, her teachers, boys and we danced right up to the edge of what happens when boys she likes start liking her back.

In the background, we heard The Boss sing about the promised land, getting Mary pregnant and taking her down to the river, and the profanity-enlivened tale of what happens when the ragamuffin gunner is returning home like a hungry runaway.

It was just three hours of me realizing, wow, this is why I’m here. It was beautiful.

Near zero sleep last night. Got to the office intent on writing a blog post and found inspiration evasive.

Write about the sunken cruise liner? Too morbid.

The GOP debate? Too political.

The death of a 3,500-year-old tree? Too arboreal -- and I’ve vowed to avoid topics that subliminally include the word “bore” at the, ahem, root.

Know what I decided to do?

Screw it. I’d beaten my noggin against the wall long enough. This writer was writing this day off. I decided to head downstairs for lunch.

I was going to skip the iced tea and have my first beer before The Price is Right showcase.

And I was going to sip suds and banish my isolation with an afternoon of camaraderie and laughter as soon as any of my friends walked in.

But on this down day none of my friends were there to cheer me up and Dave, the owner, was just busy enough that he didn’t have time to jabber.

So I had one beer and spent lunch reading the paper all by my lonesome and returned to my office wondering if my bad day would ever improve.

It did, and without any alcoholic assist.

Here’s what happened: I spent about an hour thinking about the little things I did last night to vanquish the sadness of someone who matters most.

And I turned a stone into a diamond.

Note: The Pittsburgh Post-Gazette’s “Cutting Edge” column on the Sunday Forum pages featured a mention of Eight Days To Amish, thus allowing me to revel in the irony that something with the word “Amish” in the title is considered cutting edge.

Email ThisBlogThis!Share to TwitterShare to FacebookShare to Pinterest
Labels: Bruce Springsteen, John Denver, some days are diamonds some days are stones, The Price is Right