Sunday encore! "The i's of my Apples!" 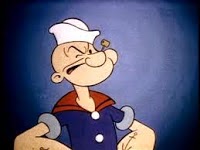 This one debuted about two years ago. I like it because I believe I exhausted every single iConic use of the now uBiquitous affectation.

Tomorrow I’ll be writing about the behind-the-scenes production travails of my latest YouTube video, this one filmed by and voice over co-starring my bartender, Pond owner Dave Carfang.

I’m generous in my attributions to Aerkter here because iWouldn’t want anyone to infer iStole his iDea, an act that would lead them to justifiably conclude iSuck.

Email ThisBlogThis!Share to TwitterShare to FacebookShare to Pinterest
Labels: Ido language, Latrobe's best bar, Penguins Ice Crew, Steve Jobs is alive, The Pond, what does the i in iPhone stand for