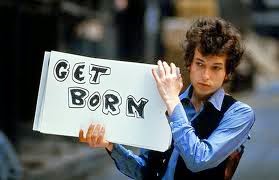 My blog turned 6 this week and I think it’s about time I start lying about its age. Six in blog years seems like 50 in human years. And if you’re 50 and still haven’t done any thing substantial then it’s just sad.

But I know enough people enjoy the blog that if I quit now it’d be like I’m letting down humanity.

Here’s the blog post from 2013 when I admitted that I’ve already been lying about the blog’s birthday. I thought it’d be more cool if I said it was born the same day as Bob Dylane. Tune in 2015 when it’s likely I’ll say the blog’s just turned 2!

My gay friend John -- Google “My gay friend John” and this is the first thing that pops. It didn’t have much of a readership when it first ran in Oct. 2011, but is now on track to be one of my most popular. Just about every hour, someone somewhere is reading this all over the world.