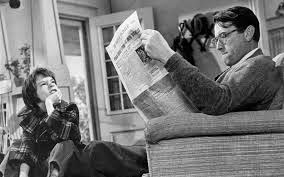 (968 words)
One of my life’s great wee pleasures is to sit alone in a diner or restaurant and immerse myself in a good daily newspaper.

I read the paper every day, but it’s often a distracted scan. So when I’m in some friendly eatery by myself I read every word — all the news stories, the reviews, the obits — and every number; I check out all the small print box scores for the baseball games to see who’s being heroic and who’s being a bum.

So it was with eager anticipation I walked into the local diner for grub and a dive into news that still crinkles.

There was only one other customer in there when I entered and he was talking. He was talking about all the jobs he’s had and the depths of his experiences. He’d sold cars, done some roofing, built homes, worked on roads and cooked in diners like the one we were in.

I surmised he must have worked for a lot of people with little patience for people who talked too much because it was apparent he couldn’t hold a job.

The cook was in the back and the owner/waitress was on the other side of the counter nodding like a chicken in the rain.

I always try and be sparse with my talk to people who are paid to be nice to me.

I understand most of them would rather be home playing with their children or watching Ellen than up on their feet listening to me yap so I usually just smile a lot and keep the small talk microscopic.

Being somewhat voluble myself, I generally don’t mind excessive talkers. But I do mind it when public talk veers into the minefield of politics.

Really, is there anyone left in America anymore whose mind is supple enough that it can still be changed?

Mine’s not. I still enjoy engaging in philosophical discussions with open-minded adversaries, but I’m not about to let some under-employed meathead ruin the solitude of my breakfast by making derogatory and border-line racist comments about the Commander-in-Chief.

It started with cash-for-clunkers, moved on to Rev. Wright and led, naturally, to Benghazi. When I heard him say, “Kenya,” I put my fork down and wiped my mouth with my napkin.

“How about we not talk politics this morning?”

I said it with a smile, but it was evident I was pissed.

The waitress came alive. “Yeah, that’s a good idea! My father used to say you should never talk politics or religion in public because it gives people indigestion.”

They guy smiled sheepishly and said, “I guess you’re right.” But he was defeated. He didn’t say another word and left after about 5 minutes.

I felt a little bad. He was probably lonely and just eager to be liked and thought he was on safe grounds.

I tell liberal friends who are vocal about their beliefs in public places that they, too, are part of the problem. Bloodsport politics needs to be de-emphasized in America today or civility will never prevail.

That’s sort of what the waitress told me after the guy’d vamoosed.

“Thank you so much for speaking up,” she said — and she really did say that. I’m not just making it up because I can and no one would ever know the difference. “Drives me crazy in here when people start talking politics.”

She said she’d had another loud mouth in last month who’d soured everyone’s breakfast with his angry conspiracy theories. She’d gently tried to change the subject, but it only made him more belligerent.

“As he was leaving, I said, ‘Well, Happy Easter.’ He said. ‘That’s a pagan holiday. It’s Resurrection Day.’ It’s in our interests to accommodate everyone, but I hope he never comes back.”

I have to say I walked out of there feeling pretty good about myself. I felt like Atticus Finch from “To Kill a Mockingbird.”

I’d struck a blow for small-town civility and I may have helped one stranger learn to be a little less obnoxious in public, that maybe if he talked less, people might listen more.

But I got to my car and sensed my proud self-assessment was just a bit off.

Because the guy’d hockered all over my windshield!

I don’t know how he knew it was my car. I don’t have any “I Heart Barack!” or other telltale bumper stickers.

Maybe the Koch Brothers have a website that says liberals drive cedar green 2007 Saturn Vues, just in case any conservatives are bored and want to enjoy blowing off some steam with some recreational road rage.

I went and got the owner and showed her. The cook came out too.

They couldn’t believe anyone would do that.

I took the car to the nearby convenience mart and grabbed the squeegee and some towels.

That’s when I saw the guy again.

He came up and apologized.

“I’m sorry,” he said. “I should never have done that. I’m ashamed. I feel so bad that from this day on I vow to never let petty politics intrude on how I’ll interact with my fellow man. And for that I’m grateful to you, sir, a fine and handsome gentleman, for showing me the way. Say, has anyone ever said you remind them of Atticus Finch from ‘To Kill a Mockingbird?’”

None of that last part happened. I just made it up because I can and no one will ever know the difference.

I’ll probably never see the guy again and he’ll remain a jerk for as long as he lives.

Thanks for reading. I hope you all had a great week and you’re still enjoying some of that swell candy the Resurrection Bunny brought you last month.

Bringing civility back to political yapping

Obama’s bow wow
Posted by Chris Rodell at 11:44 AM