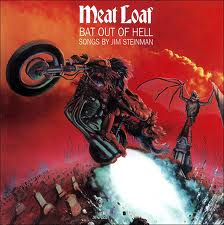 (737 words)
What does it say about mankind that most people would rather raise hell than lower heaven?

I guess I’ve been raising hell since about sixth grade when I first began giving my teachers a devil of a time.

Never in my life has anyone invited me to lower heaven.

You’d think Pat Robertson, a man who’s raised far more funds than hell, would have thought of it. Or maybe he’s fearful it might succeed and some homos might sneak in while God wasn’t watching.

News outlets are right now reporting that all hell’s breaking loose in Syria, the Philippines, Somalia and dozens of other places.

I’ve never seen a single story hinting that all heaven’s breaking out anywhere.

I’ve heard of places being described as heaven on earth, but they soon become so swamped with tourists that trying to anywhere near there is pure hell.

We all know the road to hell may be paved with good intentions, but no one ever mentions all the billboards you see along the way.

Let’s just for the hell of it list a few of them.

There’s meteorological ones: till hell freezes over, come hell or high water, it’ll be a cold day in hell and a snowball’s chance in hell.

There’s directional ones: we can go to or through hell in either in a bucket or a hand basket. Behave sordidly and you’ll be Hell on Wheels.

We ask what/who/why/where/how the hell. It’s questionable enough to have me at least wondering WTF.

It all makes for one hellacious metaphor.

I like the phrase “Bat Out of Hell,” but am confused by its spiritual implications.

We’re taught that hell is where evil souls go for all eternity. I’m all for that, but why is it bats have license to come and go as they please?

If you were thinking, hey, you really should address the 1977 Meat Loaf “Bat Out of Hell” album that sold 43 million copies, well, you took the words right out of my mouth. Did you know E Streeter Roy Bittan plays the keyboards on three tracks, including “Paradise by the Dashboard Light?”

The hell you say? It’s true.

Song writers seem to find writing about hell irresistible. One of my favorites is the great Ray Wylie Hubbard who in 1999 released “Conversation with the Devil” about a dream in which he was cast into hell and scored some face time with Satan.

Protesting there’s been some mistake, the Devil points out the singer did an awful lot of blow. Hubbard responds:

But that’s no reason to throw me in hell
I didn’t use the cocaine to get high
I just liked the way it smelled!

For some reason, heavenly expressions are far fewer and less colorful than the ones about hell. For instance, Hell has Angels, but heaven has no counter equivalent. In heaven, you’re either good or you’re gone.

Ambitious men and women will for heaven’s sake move heaven and earth to achieve their mortal goals.

Marriages are said to be made in heaven, which makes sense at least up until the honeymoon is over, but I have to think hog heaven would stink to high heaven.

Having sat way up in peanut heaven at many sporting events and music concerts, I’m turned off by the idea of Seventh Heaven, a concept shared by both Islamic and Hebrew believers -- and if both faiths are correct about that one then heaven’s going to seem like hell for many bitter believers.

The idea of seven graded heavens means about 99 percent of us will spend eternity being envious of the same Hollywood glitter shitters we all resented behind the velvet ropes here on earth.

Of course the idea of seven heavens would help explain one of the most confounding afterlife phrases of all.

I’m talking, of course, about “Heavens to Betsy!”

Think about it. There once was a woman named Betsy who was so magnificent at least someone thought her worthy of multiple heavens.

I couldn’t find anything on the origins of this phrase, who Betsy was, where she lived and if she’d even met Murgatroyd, the two of them being a match made in heavens.

All I can conclude is this:

Betsy must of been one hell of a gal.

How old will you be in heaven?
Posted by Chris Rodell at 12:09 PM

Email ThisBlogThis!Share to TwitterShare to FacebookShare to Pinterest
Labels: Conversations with the Devil, origins of heavens to Betsy, phrases about hell, raising hell and lowering heaven, Ray Wylie Hubbard