All we are saying is give corn puns a chance 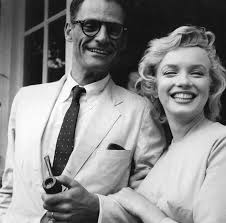 (708 words)
I dreamt last night I was at my articulate best as I addressed for hours on end acres and acres of highly attentive corn that hung on my every word.
Yes, the audience was all ears.
I say that’s a contender for the corniest pun ever.
Right now many of you are probably thinking of the famous quote that “puns are the lowest form of humor.”
Every time I hear that line I think the person who coined it must have died before Adam Sandler began making movies.
And I was correct. The quote is attributed to American wit Oscar Levant who died in 1972, 35 years before Sandler released “I Now Pronounce You Chuck & Larry.”
Some say it was Wisconsin columnist Doug Larson, but I’m going with Levant for reasons of regional prejudice. Yes, Levant was a Pittsburgher. More about him in a bit.
So why disparage the pun?
Is it because deciphering some puns require thought?
For instance: “Chances of getting rope aficionados to call themselves ‘Knotsies’ are about the same as getting florists to say they’re petalphiles.”
It’s a very daring pun, isn’t it? And appreciating it requires a limber intellect and by that I mean it’s not the kind of joke you’d tell Donald Trump, a man who looks like his idea of funny is the reaction he gets every time he evicts a widow.
I’m being honest when I say it took me about six months to think that one up. Understand, I wasn’t standing in a room wearing a lab coat and drawing schematic puns on a great big chalk board all that time.
No, but once it dawned on me a phonetic spelling of Nazis could look like something people who loved rope tricks would appreciate, it began to fester.
Compared to that triumph, it was fairly easy to declare any savage who feasts on human flesh but insists on dainty portions be called a “cannibler.”
I like coming up with grammar puns: “A person who believes in the Socialistic use of unnecessary punctuation is a commanist.”
I like Stooge-based puns: “A mohawk is an unconventional hairstyle. A Moe Hawk is an irrationally angry bird that inflicts cartoon violence on a Curley Hawk.”
Tree puns have a place, believing as I do that romantic trees can never be “too sappy.”
I sometimes have an itch for culinary puns such as: “Chefs with rashes are always busy cooking from scratch.”
I even like porn puns: “It’s surprising more male adult film actors aren’t described as ‘swell.’”
How I’ve never heard of Oscar Levant until today is a mystery.
Born in Pittsburgh in 1906, this composer, author, pianist, actor was a man of apparent brilliance. His abrasive wit on a 1930s and ‘40s national radio quiz show made him a coast-to-coast sensation.
John Kieran, a fellow panelist, said Levant had “a positive genius for making offhand cutting remarks that couldn’t have been sharper if he’d honed them a week in his mind.”
His most prominent film role was in 1951’s “An American in Paris” with fellow Pittsburgher Gene Kelly.
His unshackled ribaldry led to controversy in 1956 when news that Marilyn Monroe had converted to Judaism after marrying playwright Arthur Miller, causing Levant remark on live TV, “Now that Marilyn Monroe is kosher, I guess it’s okay for Arthur Miller to eat her.”
As naughty puns go, that one is downright delicious.
Levant, later defended himself saying, “I hadn’t meant it that way.”
The scamp.
Back then a really good racy pun could spark controversy. Today it takes Miley Cyrus and her big foam finger.
Kind of makes you wonder what it’ll take to be controversial in the year 2063, doesn’t it?
It was Levant who is credited with first saying, “A pun is the lowest form of humor . . .”
But few know that what Levant said next was, “. . .but just when you don’t think of it first.”
So there.
I hope this nimble little dissertation convinces you to shuck your inhibitions about reveling in really corny puns.
Because now you know there’s no truth to the belief that puns are the lowest form of humor.
No truth at all.
Not so much as a single kernel.