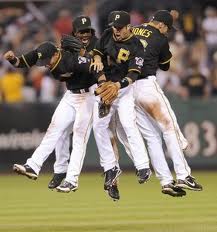 (1,121 words)
• A friend of mine -- he was my first editor down in Nashville -- said he thought yesterday’s post was a “great column.” He then amended the compliment and scolded himself for calling it a column, a column being a soon-to-be archaic designation stemming from vertical newspaper layout. I got into writing because I so enjoyed reading Mike Royko’s Chicago Tribune column so I was very pleased. For the record, I usually call these posts, stories or essays and I’m relieved my old editor didn’t so fuss that he’d described the piece as “great.”

• I usually try and go to sleep with one potential blog topic on my mind and let it marinade until dawn. Then I can usually drive to the office in a foggy enough state of mind that I can write the thing in about 90 minutes. Whether it was because we watched about an hour of “Ted” starring Mark Wahlberg and the animated stuffed bear last night or some other reason, I was totally blank this morning. Thus, today’s round-up of various thoughts and news.

• Have you noticed how rarely I write about politics anymore? Maybe it’ll change when the next election heats up, but I became fatigued contributing to so much pointless bickering. And I figured no one on earth clicked onto my blog thinking, “Well, let’s see what Rodell thinks about how Anchor Babies figure into Tea Party immigration reform proposals.” So until I have something unique to say, I’m holding my fire on topics like what to do about Syria. I will say this: I miss it when Henry Kissinger was Secretary of State. Not because I believe he had any special insights. I just liked it when the name of our nation’s top peacemaker began with “Kiss.”

• As she has joined the swim club, I’m spending a lot of time watching our 12-year-old daughter swim laps. She’s great, already a much more accomplished swimmer than I’ll ever be. Of course, that’s not much of an achievement. I like being in water, but I dislike moving around in water. My favorite thing to do in water these days is sit in a submerged chair about neck-deep with one of those inflatable little life preservers around my glass to keep my bourbon from spilling. My favorite thing to do in water used to be skinny dipping with naked college girls. I realize that’ll never happen again. But I guess that’s the life trade-off I get in exchange for being incrementally bestowed with all this lousy wisdom.

• Apple fans are geeked over the release of new iPhones. Me, I won’t care until Apple makes an iPhone that cures all the cancers I’m convinced they cause.

• Lots of nice sentiments on-line and in the papers about the Pirates snapping a 20-year losing streak in Texas last night. I kind of feel like the team does. This is nothing to go too crazy over -- and certainly nothing to get arrested over. That’s what happened to one Pittsburgh fan who ran out onto the field after last night’s victory. The paper said nothing about his age, level of sobriety, etc. But I’ll wager he was young, drunk and stupid.

• Having said that, it’s probably a safe bet that sometime in the next year or so that drunk young idiot will get to enjoy a moonlit skinny dip with some college girls so he’s at least got that going for him.

• At this very instant, my blog stats page says there are 27 people in the U.S. reading my blog; 10 in France; 6 in Russia; 2 each in Brazil and China; and one each in Sri Lanka, Taiwan and the United Arab Emirates. The stats page is highly unreliable, but if even half of that is true then I find it very cool.

• Instead of writing about Syria, federal budget showdowns or immigration reform, in the last month or so my blog topics have included human bladder size, trans-oceanic tugs-of-war, corn puns, and Hilary Swank’s nipples. Take that, George Will.

• I disparaged that Bucco fan for running on the field last night, but I’m always chagrined they never show it on the news. I swear, watching a drunken fan trying to elude paunchy middle-aged field security guards is as entertaining as anything I’ve ever seen actual athletes do. Makes me glad they’ll always serve beer at ballgames.

• We had a tragedy in Pittsburgh Monday. A 50-year-old city police officer shot and killed his life-long best buddy in a silly bar dispute. The details are yet to emerge, but I can guarantee you it was utterly pointless. It makes me glad that me and my buddies never fight over pointless crap. And that most of my buddies keep their guns in their glove boxes.

• As I said, we still have about 30 minutes left in “Ted.” It’s uproarious fun. But if in the last half hour either or Ted or John pulls out a pistol and shoots the other I’ll be very disappointed.

• The very best fan on the field incident I can ever recall was in 1986 and it didn’t even involve a field. Then 20-year-old Darren Crowder  stole the pace car at NASCAR’s superspeedway in Talladega, Alabama -- and drove it for a one-lap joy ride with speeds up to 100 mph. I don’t know how he thought it was going to end, but here’s what I remember happening: He crossed the finish line, safely slowed to a halt, smiled and put his arms up outside the window like he was saying, “It’s all good. I was just having fun. No biggie!” Then these five or six enormous Bubbas pulled him from the vehicle and began delivering one of the most savage and methodical beatings I’ve ever seen. It was like they’d choreographed each punch. They were like railroad gandydancers taking timed turns driving the spike into granite. Had I not known the doomed recipient of the pounding was a NASCAR fan, I’d have been appalled.

• 8days2amish tweet of the week: “Told 7 year old if you squeeze coal hard enough it’ll turn into a diamond. She squeezed a piece so hard she almost made a turd.”

• Thanks for reading. There’s lots of encouraging evidence that people everywhere are enjoying the blog and referring it to friends and neighbors. There’s just no evidence it’s happening in Sri Lanka, Taiwan or the United Arab Emirates.

Great question, Holmsie. It's a mystery to me, too. I have many friends who'll give me a thumb's up about the blog, but I suspect posting anything gushy would be embarrassing. Maybe they fear it would go straight to my head. It might.

But the feedback I do receive is certainly nourishing enough to keep me avid about continuing.

Part of it, too, might be I try and avoid poking sticks in the eyes of people who disagree with me. I get comments when I write about guns, Obama, health care, etc. it's mutually agitating. I'm beginning to believe that's not my niche.

Either way, I believe I've now posted the longest comment ever on my very own blog.

As I have told you in the past that I read your blog while I'm evacuating my bowels. If I comment after reading my legs will fall asleep. Too late my legs are numb. See you at The Pond.