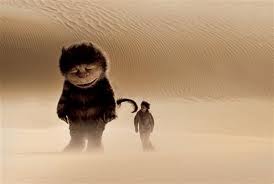 (721 words)
I’d argued for 10 years that the coolest guy on the planet was Steve Van Zandt.

It was because two of the truly coolest men on the planet -- Bruce Springsteen and James Gandolfini -- would approach Little Steven to ask what the other was really like.

I think most of us have a pretty good idea what Springsteen, Van Zandt’s long-time buddy, is like.

But we’re just starting to find out what Gandolfini was.

Van Zandt tweeted yesterday: “I have lost a brother and a best friend. The world has lost on of the greatest actors of all time.”

Springsteen last night dedicated “Born to Run” to the late Gandolfini at a show in Coventry, England.

Fans of “The Sopranos” will recall a line from the song was once thrown in Tony Soprano’s face as the reason the nephew he would one day murder was late for an important family meeting.

What took him so long?

Van Zandt, a man who was there for the song’s creation, didn’t flinch. It was very cool.

I’ve argued (see below) that “Breaking Bad” is the best TV show ever. But no one can argue that “The Sopranos” wasn't the first truly great show, and it couldn’t have happened without Gandolfini. Watching so many clips from yesterday was a fresh reminder of his genius.

To me, he was like Marlon Brando in “On The Waterfront,” only instead of doing it  once for 108 minutes, Gandolfini did it for 86 hours over eight years.

Gandolfini and David Chase -- and I was surprised by how much generous credit for the show’s success Chase is bestowing on his friend -- together launched the golden age of television in which we’re all reveling. It just keeps getting better and better.

Val and I have a list of movies we’re eager to watch and know we never will.

It’s because we’re too busy feasting on these colossal TV shows that have emerged after “The Sopranos” raised the bar.

Who would have ever thought movies would be a secondary entertainment to television?

Here’s why: Even a great movie is like a cousin, nephew or niece -- and I would never dream of diminishing my love for those relations.

But for the most part we don’t see them but a couple times a year.

A great TV show is like one of our own children. We see them all the time and are invested in their success. We brag about them to our friends and boast our shows are better than theirs.

That’s all thanks to “The Sopranos.”

Funny, when I heard the shocking news of his death at just 51, the only other role I immediately thought of was the voice he did in the uneven 2009 film version of “Where The Wild Things Are.”

Gandolfini provided the voice for Carol, the biggest wild thing and the one with the anger management issues.

Brilliant casting, I tell you.

I remember how much sweet humanity he brought to even that role.

He appeared as Leon Panetta in “Zero Dark Thirty,” a movie I’m eager to see again.

But every time I’d see him in anything, I’d wonder if he’d ever escape Tony’s immense shadow.

What we do now know is what a true sweetheart this man must have been. He did so little press that most of us only knew him for menace.

But the news is full to brimming with stories about his kindness and deference. The man who played the mob boss wasn’t bossy at all.

I liked this Pittsburgh Post-Gazette story about venerable Pittsburgh watch maker Michael Kobold, who Gandolfini sought for a luxury time piece in 1999 when the show was just starting to break. Kobold heard the uncultured accent and figured Gandolfini was a cop eager to take advantage of the 20 percent discount he gives to police officers.

“No, I’m an actor,” Gandolfini said. “There is an HBO show called ‘The Sopranos.’ There is a big fat guy and I am the big fat guy.”

Who knew a man known for perpetuating so much mayhem, who killed and sinned with such joyful abandon could make us all feel so sad when the unexpected time came for his own mortal whacking?

How old will you be in heaven?
Posted by Chris Rodell at 9:25 AM