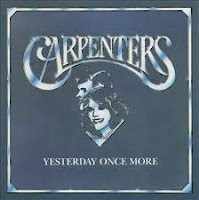 Here’s what I’d most like to hear President Obama say during his keynote address: That if he wins, he will instruct federal law enforcers to begin rounding up congressional Republicans, Limbaugh, Nugent, Trump and anyone else who’s ever doubted the authenticity of his birth record.

“They will spend the next four years in work camps where they will be forced under armed guard to make solar panels and windmill propellers. They will be stripped of their citizenship. They will be made to wear pink.

“And if I lose they get to do the same thing to us.”

I’m fed up. We need to see how well the country can run on pure versions of opposing visions unfettered by meddling partisanship.

Our politics is making our nation insane.

It’s become so bad I envy the apathetic. I had a drink with one of them the other night.

He’s not independent. He not leaning. He’s not considering.

“Not even a bit,” he said. “Is it really going to matter one way or the other in my life who’s president?”

In his mid-50s, he said his accountant assured him doom will ensue if Obama is reelected.

“He said if I care about my finances then I’ll vote for Romney. He was all worked up about it. I told him I’m not voting for either of them.”

I know too many partisans who’d use his statement as a launching pad to try and persuade him that the stakes are too high, that his vote matters.

Instead, I told him I admired him and we began to talk about golf.

He’s one man who won’t spend any portion of the next 67 days wondering if November 6 will bring despair or euphoria. He won’t get worked up into an angry lather if someone says his guy did lousy in the debates.

He won’t risk saying something offensive to a perfect stranger.

I met his wife at the school bus stop after the first day. She couldn’t have been more pleasant. She, her husband, and their two children  just moved here from New Mexico.

I told her if that’s the way she felt, she hadn’t met everyone.

Then her 1st grade daughter got off the bus and gave our little Lucy a big hug.

“This is my new best friend!” she said. It was adorable in a perfectly wholesome way. I have a friend who’s always advising me to type “girls kissing” in the YouTube search line. This wasn’t like that at all.

I told Val and, boom, like that, there’s a Saturday morning playdate. Both husband and wife show up.

“We make machinery for the coal business. Things are really turning around. I think it’s going to be fine as long as Obama doesn’t shut it all down. You know, like he did with the auto industry.”

Even today I struggle to find a word more potent than flabbergasted. We’re so vested in polarization even basic facts are in dispute.

I feel the urge to correct him, to tell him that Obama’s bold Bush-sanctioned resurrection of the auto industry is likely to win him Ohio, Michigan -- the entire election.

Instead and with considerable restraint, I say, “So, you like baseball?”

If he brings it up again, I’m determined to say, look, our families are going to have a lot of happy times together. Let’s try not ruin it with any political talk.

Such awkwardness would be avoided if an Obama re-election meant he’d be incarcerated in a minimum security prison through 2016.

Think about it. Unemployment would be near zero. If you mistakenly pushed a button on a station that once broadcast Rush, you might be surprised to hear Karen Carpenter singing “Yesterday Once More.”

And Tex wouldn’t have a thing to worry about. He’d be surrounded by like-minded partisans biding their time to learn if they were right or wrong about Obama.

And he could climb into his bunk at night knowing my family will help take care of his while he’s away.

He’s a good neighbor. I know he’d do the same for me if the situation were reversed.

Excellent and there is definitely a case to be made for your friend's apathy. However, I fear he is falling into the republican strategy: their ideas are so targeted to benefit so few that convincing those even mildly anti republican to not vote is a victory. I probably would be more apathetic myself if a Romney win wouldn't cost mere a fortune.

Apathy's out the window after just two days of the Demo convention. Hope you'll check out today's post.

Heck, I hope you'll check out every day's post.