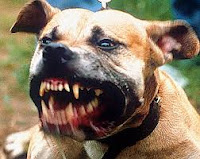 I’m a firm believer in journeying down roads less traveled. I try to order different items off the menu, read books by different authors and add usual spices to brighten my daily routines.

And I, of course, do this on my near daily strolls.

I love to walk and believe it’s as good for your wits as your waist. Almost every morning I’ll go for two to three mile walks to clear the mind or find fresh inspiration for story ideas.

It’s odd because those are the very the same reasons I say I spend so many sedentary hours in the tavern, the 27 steps between my office and my bar stool being the road I take most often.

It’s different on my walks. I try to never go the same way twice. That’s how I ended up making a right on Dailey Avenue, a quiet-looking street just down from The Pond that leads out onto a busy highway I usually avoid.

But on this day I thought, heck, I’ve never been on this stretch of Daily. It’s a fine morning. Perhaps I’ll meet someone friendly out clipping their hedges.

I shall take the road less traveled!

I nearly got eaten by a pit bull!

There’s an unleashed pit bull on Daily. Let me warn you, if you’re in that part of Latrobe you’re better off staying on Lincoln. It might be a bit more congested, but that road’s at least less traveled by loose pit bulls.

I don’t understand why anyone would want to own a pit bull. This is bound to be controversial with some dog lovers, but the only difference between pit bull owners and gun nuts is a better-funded lobby.

Pit bull owners say the dogs are obedient, sweet and good with children.

So was our old golden retriever, Casey, and the worst thing he ever did to a child was pee on her foot.

I’d rather have a house of drug dealers or prostitutes move in next door than a friendly family with an unrestrained pit bull.

A drug dealer’s not going to run out to bite me before noon, if ever, and if a prostitute confronts me on the street I can envision ways the encounter will leave me happier and with a really great story to tell, and that’s why I go walking in the first place.

I saw the guy first. He was sitting there on the front steps as I approached. I was about 15 yards away when I waved and said hello.

He waved back but wasn’t looking at me. In the driveway were maybe six or seven puppies of indeterminate breed. He had his nervous eyes on the pack.

Then from the mass of puppies, a big dog rose up and took off straight for me.

Diesel. Of course, it was. The people who own pit bulls never call them things like Crackers or Muffin, certainly not the more eco-friendly Prius or Hybrid.

Diesel was gun-metal gray and faster than a speeding bullet.

My first reaction was more consternation than fear.

I thought, “Well, this figures. This week has just sucked. Why shouldn’t it end with me getting attacked by a pit bull?”

I didn’t feel terrorized which, I guess, comes from 20 years of freelancing. I’m terrorized by monthly bills, not pit bulls.

I remember thinking I hope he doesn’t go after my hands. I use those a lot. Then I hoped he did’t go after another part of me I use less often but still consider precious.

Diesel stayed. He had him. He stood there about five feet away snarling at me. But he stayed. He’s a well-trained dog. I wish someone would have taken as much care in training his owner.

It’s terribly irresponsible to leave a potentially dangerous dog unleashed in a residential neighborhood. What if I’d have run? What if I was a Girl Scout?

I still intend to continue taking the road less traveled. It’s the direction to follow if you’re interested in being surprised by life.

But I intend to carry a little perfume spritzer filled with unleaded gasoline.

• Pit bull loose in my ‘hood